Turkish national continues struggle to remain in the U.S.

Ibrahim Parlak, a restaurant owner in Michigan, is facing to deportation to Turkey after residing in the United States for the past 24 years. This deportation could take place soon after Christmas Eve. According to Parlak, his deportation deferral expires on December 24.

Parlak was accused of lying on his green card application by the Department of Homeland Security, in 2004. He has been trying to rid his record of the blemish ever since. Parlak is the proud owner of the successful restaurant, Cafe Gulistan in Herbert, Michigan. He is a Kurd from a small farming village in southern Turkey, Gaziantep. 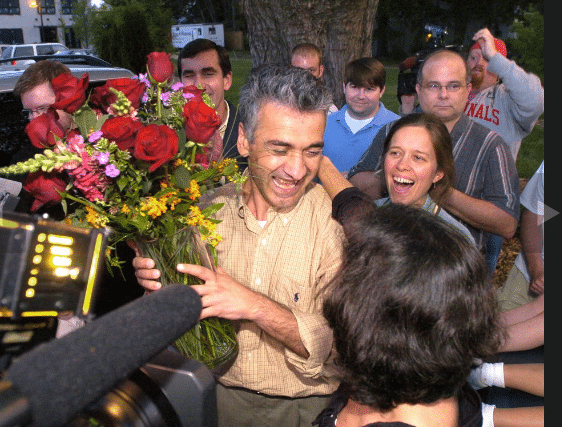 Parlak said about his return to Turkey, the country from which he fled, "It's not going to be a welcoming party. There is a big possibility that I'm going to be arrested."

Parlak was in prison, in Turkey, for 16 months and he claims that he was tortured there for a believed connection to a confrontation. This confrontation that he was alleged to have been a part of was between the Kurdistan Worker’s Party and the Turkish government over a border dispute. Turkish soldiers were killed in this dispute. According to Parlak, he was present during the crossfire but was in no way connection to the organization and actually went running when the shooting began.

A friend of Parlak, Martin Dzuris, commented “If he did any of the things our government was accusing him of, I would not be his friend.”

News about Parlak’s deportation has spread to Turkey. Parlak has even claimed that his face has appeared on the covers of newspapers and television stations with the line: “No Matter Where You Go, We Will Get You.” This has caused locals to start to advocate for Parlak to remain in the United States. A Change.com petition about Parlak’s deportation was created on Tuesday morning and had received about 5,800 signatures by Tuesday night.

Parlak said, "I don't have a single tree in Turkey. My family, my friends, my garden, my vegetables are all here in America. My whole adult life has been here."

Sen. Carl Levin, D-MI, and Rep. Fred Upton, R-MI, both sponsored bills to give Parlak permanent U.S. residency. The introduction of the bills was able to the block action by Homeland Security. The problem is that Levin retired in 2014 and that Upton’s bill has yet to leave committee. Michigan’s current senators, Democrats Gary Peters and Debbie Stabenow, have not sponsored legislation for Parlak.

Lynn Turner, a spokeswoman for Upton’s office said, “Our office is going to continue to support Parlak as Fred has done for years.”
Attorney Robert Carpenter, who represents Parlak, has remained hopeful, yet uncertain about the situation. He went on to say, “It leaves him unprotected for sure. We can’t appeal.”