Which side are you on?

Which Side Are You On?

With this being February and all, I found myself invited to yet another Daddy-Daughter Dance this weekend.  The fun thing about this event was that it had a Star Wars theme.

Regular readers may recall recent updates detailing my love of Star Wars as a kid and the Daddy-Daughter Dance that Noor and I attended earlier in the month.

Any excuse that I have for pulling out my Darth Vader costume is a good thing, so even though I had been working at the office today, I donned the black helmet and headed to the dance with my daughter, Princess Leia. 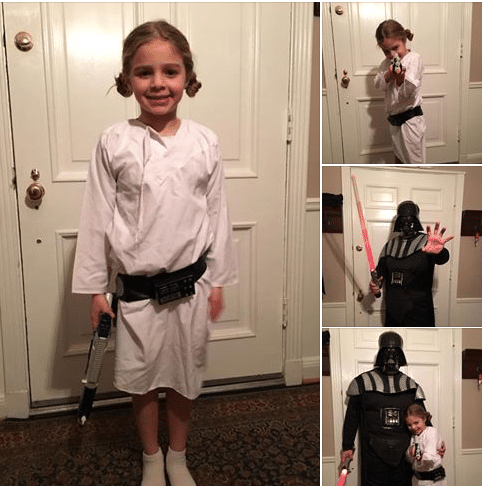 The Girl Scouts, who organized the event, did an amazing job.  They had a DJ and The Empire Strikes Back on the big screen.  I battled several young female Jedis with my lightsaber and danced with Noor.  We had a blast.

During a break, I was chatting with another dad that I had just met.  I told him that I was an immigration attorney and he asked me something that no one had ever asked me before:

“Which side are you on?”

I paused before answering as I had several different responses come to mind.  My kneejerk response was to say “the right side,” “the side of light,” “the good side.”  Instead, I said the actual truth - “I am on the side of the immigrant.”

We had an interesting back-and-forth at that point.  But at the end of the day, I do believe that we are on the right side when we are representing the immigrant.

I am proud to represent employers who want to keep qualified employees here in the States.

I am proud to represent hard working women and men who want to swear their allegiance to America and become U.S. citizens.

I am proud to fight for people who believe that if they are sent back to their home country they will face persecution, torture and maybe death.

I enjoy suing the immigration service when it refuses to decide a tough case and sits on it for years and years.

And, I love helping families get started when a U.S. citizen falls in love with a non-citizen.

In doing this work, I believe that we are on the “right” side, the “good” side.  I believe that the government abuses immigrants, abuses its power and applies the law in an arbitrary and unfair manner.  Not in every case, certainly, but in way too many of them.

So, I guess that’s a long-winded answer to a pretty basic question.  One of my favorite recordings is Natalie Merchant’s cover of an old ballad from the Civil War.  It is called “Which Side Are You On?”

Would love to hear which side you find yourself on …..