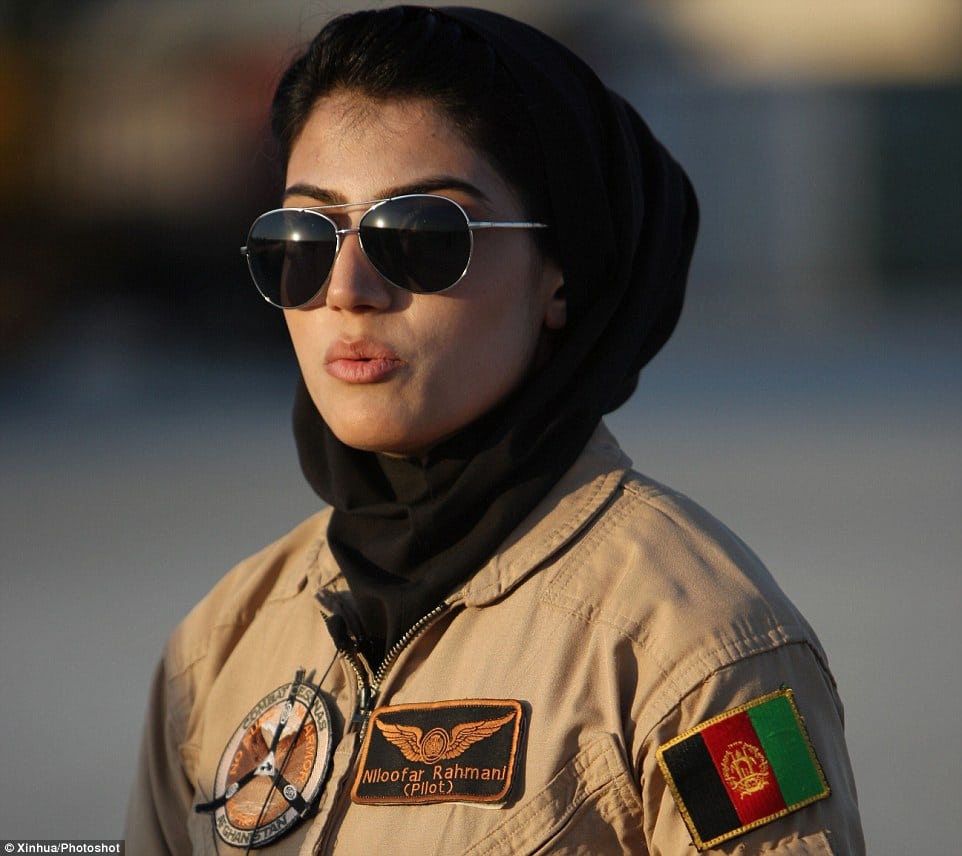 The Afghan Air Force’s first female fixed-wing pilot, Capt. Niloofar Rahmani, filed a petition seeking asylum in the United States this past summer. In 2015, the State Department honored her with its annual Women of Courage award, recognizing the bravery displayed throughout her career in flying despite threats from the Taliban and “even members of her own extended family,” added first lady Michelle Obama.

Despite leaving the Afghan Air Force, Captain Rahmani still wants to be a military pilot, and for this reason she hopes to eventually join the United States Air Force. In interviews, she explained her reasons for the decision. She explained that throughout her childhood and teenage years, she was inspired by America’s goal of emancipating Afghan women, shown through the Bush administration's pursuit of women’s rights in a country where they were scarce.

Captain Rahmani always dreamed of being a pilot and finally joined the Air Force with the support of her parents. The American government hailed her as an example of a bright spot in the effort to rebuild the Afghan Air Force, which costed the American taxpayers over $3 billion. Things went south for Captain Rahmani when photos of her in combat gear were published in the press and her relatives began receiving death threats. She began to feel unsafe at work because of the male colleagues that held her in contempt.

Furthermore, after she began training programs in the United States, the Afghan Air Force stopped paying her salary. This asylum petitions is one of Captain Rahmani’s only options and she feels nervous with it pending as President-elect Donald Trump takes office. She fears his vows to bar Muslims from entering the United States but has hope because she has always seen the country as a place where women can aspire to accomplish great things.