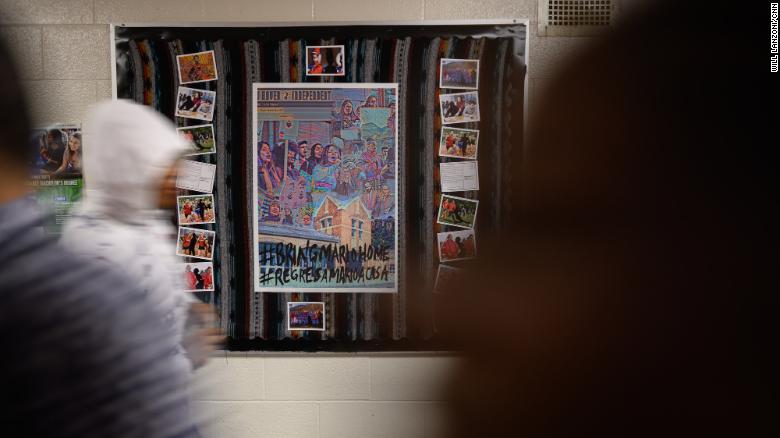 A Connecticut high school student, Mario Aguilar, was arrested by ICE in September after he went to court to face charges for a traffic accident.

Mario crossed the border into the U.S. when he was 16 years old from Guatemala. After being detained by CBP, he was released with a notice to appear in immigration court.

Mario later applied for asylum, but was arrested again in September before getting an update on his application.

His peers made signs that read “Free Mario” and rallied for his release.

On Monday, his asylum was granted by an immigration judge.

However, he hasn’t been released.

Advocates for Mario say that the teen could spend months longer behind bars if the government decided to appeal the judge’s decision.

Unfortunately, it is unclear as to whether the Department of Homeland Security will appeal. They have 30 days to tell a judge if they will appeal.

If they do decide to appeal, proceedings could go on for another year, all with Mario in custody.

Mario was born in Guatemala and crossed the border as an unaccompanied minor in 2018. in 2019, he was arrested under suspicion of driving under the influence, operating a motor vehicle without a license, and failure to insure a private motor vehicle after he was in an accident with a parked car.

Although the police tried to charge him with a DUI, they never completed a sobriety test at the scene.

Advocates for Mario argue that he crashed into the parked car after his cell phone slid off the dashboard and he reached down to pick it up, taking his focus off of the vehicle.

He was released on these charges, under the circumstances that he would show up in court.

But it was a trap. Once he showed up in court, ICE arrested him.

The school was never notified he was going to be detained.

His teachers and classmates thought it was odd for Mario to miss classes, especially without telling anyone.

The school counselor call everyone she could think of that would possibly know where Mario was. She called the police, but they didnt know where he went either.

One officer even asked her, “Are you sure he’s not with a girlfriend or something?”

She knew that wasn’t what happened.

Mario’s cousin received a missed call from a Massachusetts number, which they eventually found out was the corrections center where Mario was being held.

The school counselor, Mia, said “It was shocking on all sorts of levels. It was very upsetting. I was anxiety-ridden because I was thinking, ‘Now what do I do? … Where do I go? … Where do I begin to try to get help for this kid?'”

Mario’s teachers sent him his schoolwork so he wouldn’t get behind in school, they believed that he would be released and allowed to return to his normal life.

Mario’s assistant principal, Ann Brillante, said “It’s urgent,” she said. “Every minute counts in terms of learning English and in terms of progressing towards graduation.”

But the schoolwork was never given to Mario. It was later returned to Mario’s attorney in a sealed envelope with “Refused” stamped on the front.

“When he gets back, he gets a clean slate,” Brillante said.

For Mario’s peers, it has been a lessoned that they would never get from a textbook.

They learned through Mario what the immigration system is like, how broken it is, and, hopefully, how they can fix it in the future.