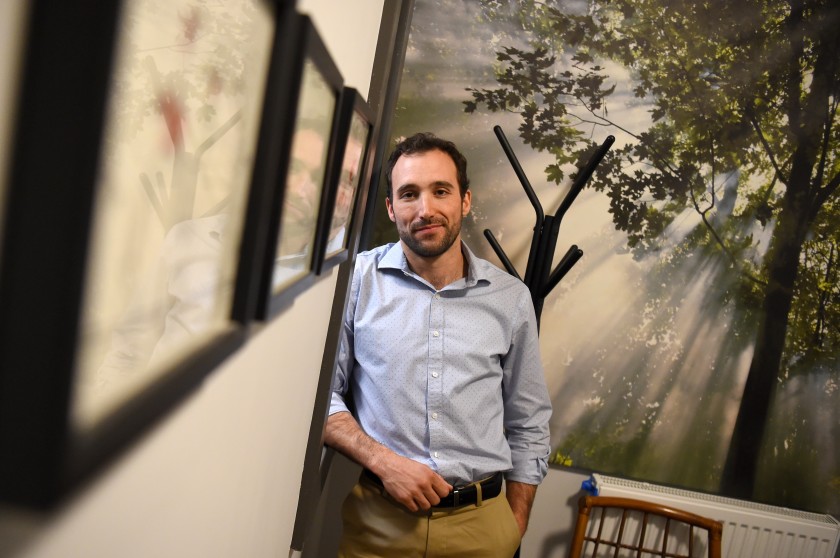 It took Doug Stephens two days to decide: He wasn’t going to implement President Trump’s latest policy to restrict immigration, known as Remain in Mexico. The asylum officer wouldn’t interview any more immigrants, only to send them back across the border to face potential danger.

As a federal employee, refusing to abide by policy probably meant that he’d be fired. But as a trained attorney, Stephens told The Times, the five interviews he’d been assigned were five too many. They were illegal.

“They’re definitely immoral,” Stephens said he told his supervisor in San Francisco. “And I’m not doing them.”

A spokesman for the union that represents some 13,000 Citizenship and Immigration Services employees said Stephens is believed to be the first asylum officer to formally refuse to conduct interviews under the program officially known as Migrant Protection Protocols. But across the country — according to asylum officers, including Stephens, as well as government officials — asylum officers are calling in sick, requesting transfers, retiring earlier than planned and quitting — all to resist Trump administration immigration policies.

In a sign of widespread discomfort among the asylum officers, however, the National CIS Council union has filed “friend of the court” briefs in lawsuits against the administration, arguing that its immigration policies are illegal.

The 9th U.S. Circuit Court of Appeals heard arguments last month in the litigation against the Migrant Protection Protocols, and a ruling is pending.

Since the Trump administration announced its Migrant Protection Protocols in December, U.S. officials have pushed roughly 60,000 asylum seekers back across the southern border to wait in places the State Department considers some of the most dangerous in the world, rather than allowing them to stay in the U.S. until their immigration hearings.

One of an asylum officer’s primary missions is to make sure that the government is not returning people to harm in their home countries, a foundational principle in U.S. and international law. While U.S. officials downplay the danger in Mexico, kidnappings, rape and other violence against asylum seekers are widespread and well documented.

Homeland Security officials concede that the program is designed to discourage asylum claims. The president is running for reelection on renewed promises to limit immigration. Under the policy, 11 asylum seekers have been granted some kind of relief, according to Syracuse University’s TRAC database.

In a collaboration with the radio program “This American Life,” The Times interviewed asylum officers to get a front-line perspective on implementing Trump’s policy. In almost every interview they’ve conducted since MPP went into effect, half a dozen officers said, the asylum seeker expressed a fear of returning to Mexico — many said they’d been harmed there already. But under the new standards, the officers said, they had to return them anyway.

“What’s my moral culpability in that?” said an asylum officer who’s conducted nearly 100 interviews. She requested anonymity because she feared retaliation. “My signature’s on that paperwork. And that’s something now that I live with.”

The asylum officers objecting to the administration’s immigration policies say they run counter to the laws passed by Congress, as well as their oath to the Constitution and extensive training, which includes how to detect fraud or any potential national security concerns.

Under U.S. law, migrants have the right to request asylum. Some 80% of asylum seekers pass the first step in the lengthy process, an interview with an officer that’s known as a credible-fear screening. Congress set a low standard for this initial stage, to minimize the risk of sending someone back to harm. Ultimately, about 15% of applicants win asylum before an immigration judge.

Trump and his top officials have cited the difference in those percentages to back up the claim that asylum itself is a “hoax” or “big fat con job.”

Ken Cuccinelli, the acting head of Citizenship and Immigration Services, has publicly criticized the officers, saying they approve too many requests and oppose Trump’s initiatives for partisan reasons. On Wednesday, Cuccinelli was named acting deputy Homeland Security secretary.

Cuccinelli’s office did not make him available for an interview. But during an October media breakfast, he said this about concerns from officers: “So long as we’re in the position of putting in place what we believe to be legal policies … we fully expect them to implement those faithfully and sincerely and vigorously.”

Michael Bars, a Homeland Security spokesman, said in a statement that MPP is based on a federal statute that “clearly states that aliens arriving from a contiguous territory may be returned to that territory pending their immigration hearing.”

When Stephens refused to do the interviews in accordance with policy, his supervisors started disciplinary proceedings. He said he decided to quit, but not before drafting a memo outlining why he believed the Remain in Mexico policy violates the law. He sent it to everyone in the CIS office in San Francisco, as well as agency supervisors, the union and a U.S. senator.

No longer in government, Stephens now is trying to draw attention to the program and encouraging others to speak out.

“You’re literally sending people back to be raped and killed,” he said. “That’s what this is.”