Part One of our discussion of the bipartisan Senate plan for comprehensive immigration reform reviewed the provisions regarding increased border enforcement.  In Part Two, we looked at the Registered Provisional Immigrant Status and discussed how such RPI individuals might eventually become full lawful permanent residents status if the law passes.

In Part Three, we examined the provisions of the Border Security, Economic Opportunity and Immigration Modernization act of 2013 which are dedicated to streamlining the “legal” immigration process.

For US citizens with passports, the picture on the employee’s passport would have to match the photo on the E-verify system.  Driver’s license might be permissible if the citizen’s home state shares license photos with E-verify.

The law would also authorize DHS to contract with the various state entities that issue driver’s licenses in each state.  Funding is authorized to allow DHS to reimburse the state’s for sharing the driver’s license photos with E-verify.

Under the proposed legislation, the Secretary of DHS is empowered to create additional security measures to identify those individuals who do not have photos on file.  E-verify would also allow employees to “lock” their Social Security numbers in the E-verify system so that their number could not be used by another individual.  The number could be “unlocked” every time the individual seks new employment and then locked again.  USCIS would be authorized to investigate whether Social Security numbers are being used improperly over and over for different individuals.  On another note, individuals would be allowed to check their own E-verify histories.

Finally, the summary includes a bone to civil libertarians by stating that due process requirements must be in place so that “legal” workers are not prevented from working due to problems with E-verify or because of negligence or misconduct by the employer. 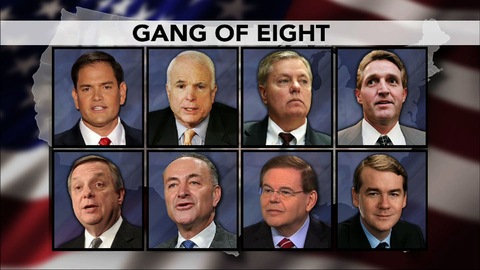