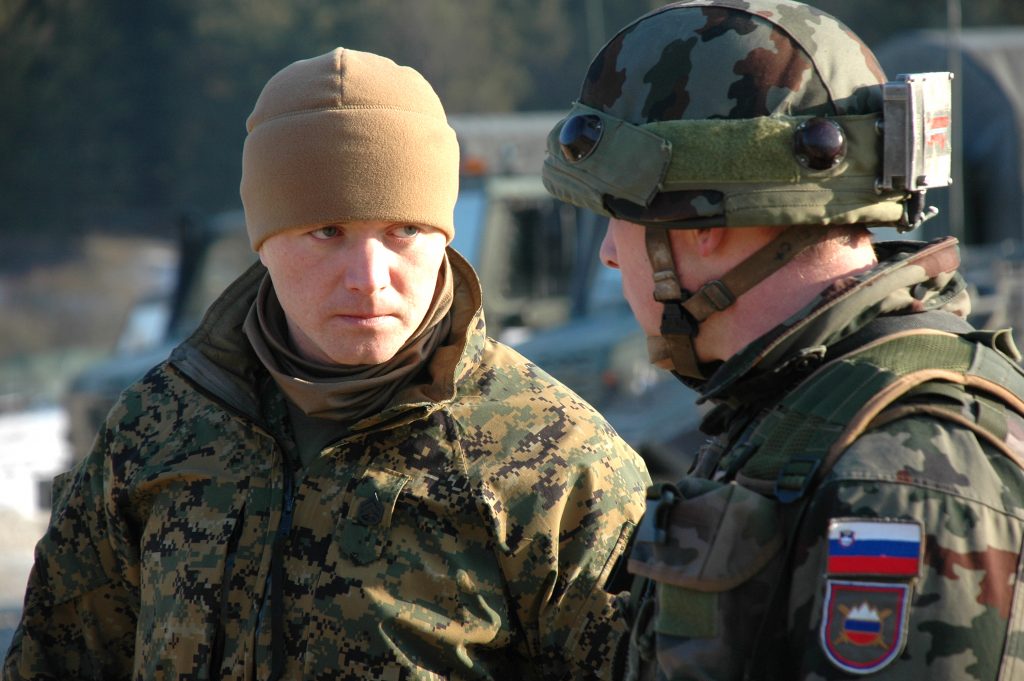 Emir Hadzic, his mother, and his younger brother immigrated to the United States in 1995.  Hadzic was seventeen-years-old when he started his life in California.  Not long after, when he became a green card holder, he enlisted.

According to Hadzic, “I kind of felt a calling…The United States allowed me to start anew, and now America’s sons and daughters were going to my native country risking life and limb.  I felt like I needed to be a part of that.”

After serving twenty years in the U.S. Marine Corps, Hadzic is now spending his retirement as a St. Louis County police officer.  When in the Marine Corps, he did two tours in Afghanistan and one in Iraq.

He even served in Bosnia for a time during NATO’s Security Cooperation mission.  Hadzic explained, “These missions were designed to professionalize and help develop Bosnian military up to NATO standards…Bosnian military personnel were extremely pleased to see me as part of the NATO cadre and eager to cooperate in all of our assignments.”

Hadzic’s view of the United States furthers the perspective of many immigrants.  He tells of entering the country over twenty years ago, saying, “When I came to the United States, the best of America was on full display…Everybody was very warm and welcomed us with open arms.  I can’t tell you how much I valued every ‘Welcome to America’ and handshake I received.”

The United States is extremely lucky to have immigrants who care so much for the country that has taken them in that they give back in such a hands-on way.  The Hacking Immigration Law, and America as a whole, thanks you for your service, Emir Hadzic.