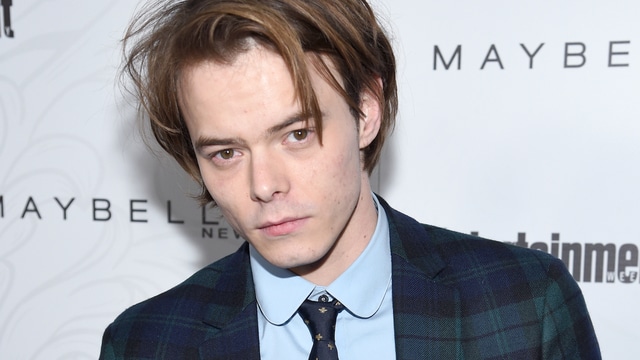 Charlie Heaton, the star of Netflix’s “Stranger Things,” was denied entry into the United States for cocaine possession, missing the Hollywood premier of the second season.

Heaton is an English actor from Bridlington, East Yorkshire.  In October of last year, he was caught in possession of cocaine at LAX Airport in Los Angeles, California.  After returning to London, he quickly began pleading his case with U.S. embassy officials in order to return to the United States. Modafinil for sale http://www.wolfesimonmedicalassociates.com/modafinil/

Fans of the hit show were worried that Heaton, the actor who plays character, Jonathan Byers, would be fired from the show after the scandal.  But, their fears were unwarranted: an executive from the show assured media outlets that Heaton would be returning for season three.

According to the show’s costume designer, Heaton is a ‘sensitive soul’ had a ‘slip’ in his decision making.

U.S. border officials are not pressing charges on Charlie Heaton after he was caught with the cocaine at LAX.

According to a source, “Charlie is not being charged with any crime, and does not face legal action if he returns to the U.S…the Duffer Brothers and Netflix were very sympathetic to his plight.  They have made it clear that he will have to stay out of trouble.”  The source went on to say, “His handlers have assured them that Charlie can overcome this hiccup and prove to them he does not have a substantial problem.” Phentermine diet pills online http://kendallpharmacy.com/phentermine.html

Multiple show insiders and sources say that there was lots of sympathy for Charlie Heaton.  Noting that he will not be charged with possession, it seems that U.S. Border officials were also sympathetic of Heaton.

One can not help but wonder what would have happened if Charlie Heaton was not a world-renowned actor, but a ‘regular’ traveler, and if Heaton was not from the United Kingdom, but from a country such as Mexico or El Salvador or Yemen instead.

Would everyone have been so lenient and forgiving?  Or would their prejudices and biases have affected the outcome?

I have my guesses.