Child Separated From Asylum Seeking Mother for Over Four Months 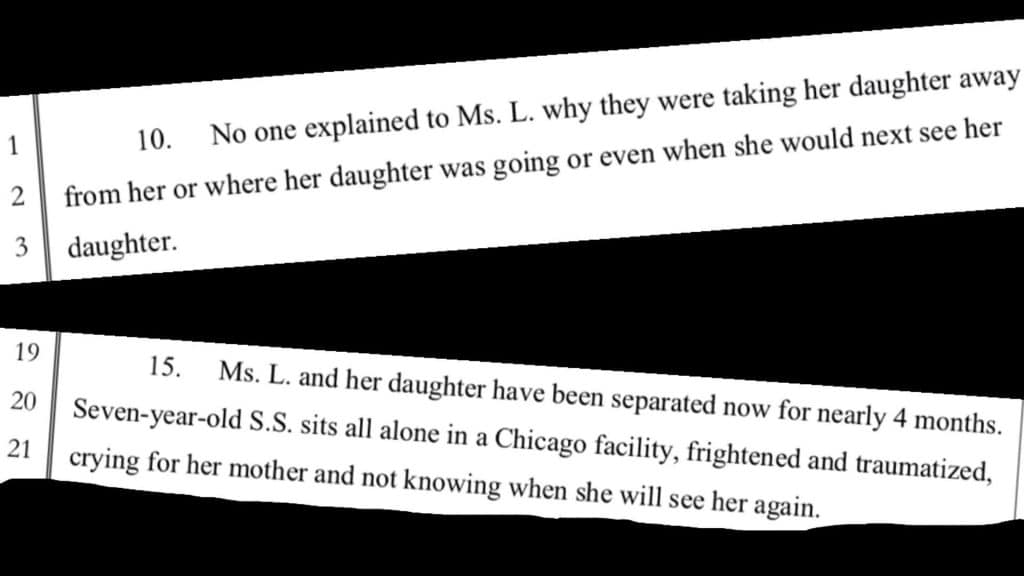 In late February, the American Civil Liberties Union (ACLU) sued the government for separating an asylum-seeking mother from her child unlawfully.

A Congolese woman was sent to a different immigration facility than her 7-year-old daughter four months before the lawsuit.

There is no official policy saying that the Trump administration will separate asylum seekers and their children, but immigration officials have continuously stated their beliefs that the asylum process is filled with frivolous claims.

When the Congolese woman and her daughter entered the United States in California, they immediately turned themselves in to CBP (Customs and Border Protection).  According to the lawsuit, the two were kept together for only five days before the child was taken away, “screaming and crying, pleading with guards not to take her away from her mother.”

The two have only been able to speak on the phone approximately six times since that fateful day.

The ACLU’s lawsuit seeks for the woman and her daughter to be permitted to go to a shelter together that helps asylum seekers from African countries.  Another possible resolution in the lawsuit is to place the pair in a family detention center where they are able to stay together.

Based on the Flores settlement of 1997, the United States government is to release immigrant children from custody whenever possible, and if they must hold children, they should do so in the “least restrictive setting.”

Donald Trump has made it clear that he wants the Flores settlement to end.

According to the ACLU, the mother, who will remain anonymous for her safety, passed the initial screening for “credible fear” of returning to the Democratic Republic of Congo.  As of right now, “she is worried sick about her daughter [and] whether she’s ever going to see her again.”

The best part of immigration is uniting families.  Hearing of stories like this is sickening.