A new study released by the Heritage Foundation think tank that says the new Senate bill could cost the government a net $6.3 trillion over the next 50 years to provide benefits for millions of undocumented immigrants is setting off a dispute between lawmakers who are calling the study both flawed and politically motivated.

What the study claims

The study claims that immigrants granted new legal status under the new Senate bill would eat up more than $9 trillion in health, education, retirement and other benefits over their lifetime. On the flip side, the report’s authors claim the taxes the government will earn from these new citizens will only be about $3 trillion, which is only about a third of the cost. Lawmakers countered the study saying it failed to look at broader economic benefits from an immigration overhaul. A more robust, legal workforce would boost the GDP.

“The Heritage Foundation document is a political document; it’s not a very serious analysis,” said former Mississippi Gov. Haley Barbour, a Republican who’s part of a task force with the nonprofit Bipartisan Policy Center that supports the bill. “This study is designed to try to scare conservative Republicans into thinking the cost here is going to be so gigantic that you can’t possibly be for it.”

Sen. Jim DeMint, the Heritage Foundation’s new president dismissed the criticism responding, “It’s clear a number of people in Washington who might benefit from an amnesty, as well as a number of people in Congress, do not want to consider the costs,” DeMint said. “No sensible thinking person could read this study and conclude that over 50 years that it could possibly have a positive economic impact.” 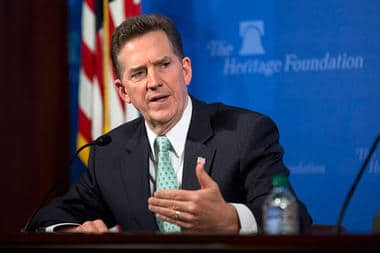 Why this study is important for immigration

Because this study is critical of a bill which took months to write and revise, it is no wonder lawmakers are not happy with the think tank’s research. The markup of the bill in the Senate begins on Thursday. It has taken the Republican Party months to get business oriented leaders and anti-tax activists to get on board with immigration overhaul so a study released by the Heritage report will certainly not help the Senate bill win additioinal support. Bill supporters quickly responded with conference calls and talking points criticizing the methodology and the foundation’s agenda. The Heritage authors responded by saying their report does not offer a comprehensive analysis of the new immigration bill, but it focuses specifically on the added costs to the government.

Authors of the original Senate bill are still waiting to get an official estimate of the costs of the bill from the Congressional Budget Office. According to their remarks, the plan will not cost the government money because the bill puts immigrants who have been here illegally to work and does not allow immigrants to use government benefits for a period for 10 years.