On May 12, 2008, nearly 400 workers were arrested at a kosher slaughterhouse in Postville, Iowa, in the largest workplace immigration raid in US history. 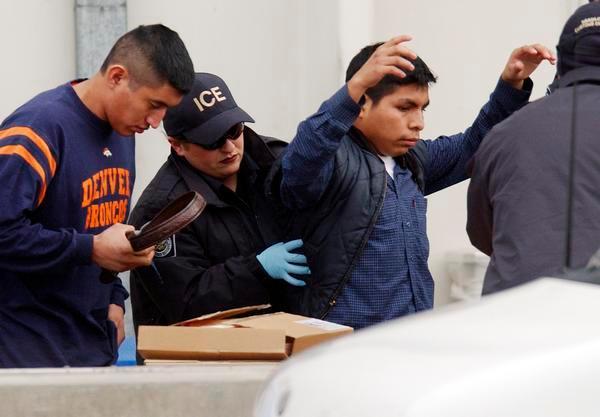 Typically undocumented immigrants arrested during raids were charged with civil violations and deported.  But, most of the workers arrested in the Postville raid were charged with criminal fraud for using falsified work documents or Social Security numbers.  Approximately 270 people were sentenced to five months in federal prison in what was termed “a judicial assembly line.”

When Reade was appointed to the federal district court by President George W. Bush in 2003, her husband owned stock in the companies now known as CoreCivic and GEO Group, the country’s largest prison companies.  Approximately 150 facilities are operated by the two companies and 150,000 inmates are housed in the facilities.

Former Deputy Attorney General Philip Heymann found Reade’s husband’s prison investments when looking into the legal case of the meatpacking plant manager arrested during the Postville raid, Sholom Rubashkin.  Reade sentenced Rubashkin to 27 years in prison for financial fraud in 2010, dropping all immigration charges against him.

Emails and memos from ICE show that Reade met with immigration officials multiple times in the months leading up to the bust.  An ICE memo claimed that Reade learned of approximately 700 anticipated arrests and “indicated full support for the initiative.”  Reade denied expressing personal support for the raid despite the memo.