Fiance and spouse visas under attack

In America, when something bad happens involving an immigrant, those opposed to immigration run to the cameras and start yelling about how the United States needs to “crackdown” on immigration.

We saw this after the Paris attacks in November of 2015.  Republican hardliners and others opposed to immigration seized upon the senseless terrorist attack to argue that the U.S. should completely revamp its system of allowing refugees into the U.S.  They made these arguments despite the fact that the U.S. has a rigorous screening process for refugees which takes at least a year and a half for the refugee to get permission to come to the States.  They also neglected to mention that the U.S. has allowed hundreds of thousands of refugees to come to the U.S. without a single reported incident of a refugee committing a terrorist act.  Not one.

Now, after the bizarre mass shooting incident in San Bernardino allegedly committed by a U.S. citizen of Pakistani descent and his immigrant wife, these same hard liners are calling for greater restrictions on allowing U.S. citizens to sponsor their spouse or fiance for an immigrant visa.

According to news reports, Syed Farook, sponsored his wife Tashfeen Malik on a K-1 fiance visa in July of 2014.  The couple then married in Riverside County on August 16, 2014 and Farook then sponsored Malik for lawful permanent status based on that marriage.

Senators Jeff Sessions and Ted Cruz recently demanded that President Obama release the immigration records of this couple who reportedly killed 14 people in California.  The Senators want to know the degree of scrutiny faced by the immigrant wife when she came to the U.S.  The two Senators have even floated the idea of a government shutdown to force changes in U.S. immigration policy.

Sessions and Cruz demand not only the immigration file for Tashfeen Malik, but also the immigration file of Farook’s parents.  The Senators claim that the files should be released because “[t]he recruitment of terrorists in the U.S. is not limited to adult migrants, but to their young children and to their U.S. born children – which is why family immigration history is necessary to understand the nature of the threat.” 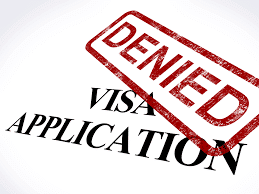 According to the Senators, the green card process is on an “autopilot path to approve” these kinds of applications.

This is some harsh rhetoric from some of the most anti-immigrant members of Congress. That being said, it seems very clear that spouse visas and fiance visas are going to be harder to obtain – especially if the foreign spouse comes from a predominantly Muslim country.  Politicians like Sessions and Cruz are going to use this horrible attack as political fodder for their own purposes, but the more troubling outcome is that a fiance and spouse visa process that is already cumbersome, burdensome and slow is going to get even slower.

A couple of other things to consider.

First, this shooting happened less than one week ago.  The investigation into exactly what happened has just gotten underway.  Perhaps it is a bit too early to be calling for drastic changes to our spouse and fiance visa policy before learning all of the facts.

Second, in America, politicians and bureaucrats often make reactionary decisions that are based on a single piece of information without giving much thought to the overall picture.  The Transportation and Safety Administration is based on this faulty logic.  That agency was created in light of the 9/11 terrorist attacks and has done little to make America’s airline system safer.  Studies show that investigators have been able to get all kinds of contraband past airport security.  Would additional scrutiny of a visa application have prevented this horrible act?  Probably not, especially if the couple became “self-radicalized” online after the spouse’s arrival in the U.S.

Third, while these hardliners are all too happy to devote government resources to scrutinizing our immigration system, they viciously oppose any attempt to examine the role our insane gun culture plays in these mass shooting incidents.  The perpetrators of this heinous act had serious fire power and at least some of the guns were obtained legally.  So it is very hypocritical for these friends of the National Rifle Association to be screaming their heads off about immigrants, while refusing to even discuss the role our gun culture plays in all of this.

The fact is that hundreds of thousands of spouses and fiances of U.S. citizens have come to the U.S. without the foreign-born spouse committing a such a horrendous act.  The vast, vast majority of spouses and fiances are contributing to U.S. society each and every day.  Does making the fiance or spouse visa process really make us any safer?  Or is this just political pandering to hardliners in the U.S.?