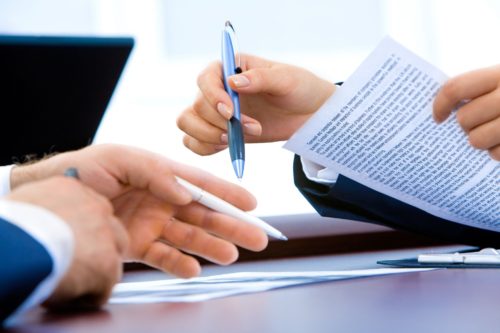 When someone wishes to pursue legal permanent residence in the United States on the grounds of a family connection, one of the required forms to initiate this process is Form I-130. This form is a crucial aspect of the immigration process because it formally demonstrates the family or marital connection between the immigrant and an existing green card holder or U.S. citizen. The foreign national’s spouse or relative who has a green card or U.S. citizenship must be the one to send in Form I-130. The law is particular in identifying which relatives qualify to submit Form I-130 on behalf of someone seeking a green card through a family connection.

Just because someone seeking permanent resident status is related to a green card holder or U.S. citizen does not automatically mean their case will qualify under Form I-130. For example, grandparents or cousins of the person seeking lawful permanent residency would not qualify to submit Form I-130 on their behalf. Generally speaking, the individuals who qualify to submit Form I-130 for a relative who is a foreign national fall into a few narrow categories. Spouses, parents, and children all fall under the Immediate Relative Classification whereas siblings and other family members fall into the Family Preference group. Members of either category may file this form on behalf of their relative, but the process may vary. Remember, the person submitting Form I-130 for their family member must already have legal permanent residency or be a U.S. citizen.

The processing time that someone can expect after filing Form I-130 on behalf of their spouse or qualifying relative depends on the nature of the family connection because certain applications have precedence over others. For example, a U.S. citizen submitting Form I-130 on behalf of their husband, wife, parent, or single child generally experiences a quicker processing time because they fall into the Immediate Relative classification.

A petition submitted for the husband or wife of a U.S. citizen or legal permanent resident could be granted in a year or less. On the other hand, a U.S. citizen who submits Form I-130 on behalf of a sibling may wait a few years before their petition is granted. The USCIS can also delay the processing time for Form I-130 for specific reasons, such as if incorrect details were on the petition or if they are particularly overwhelmed with applications.

While there is no cap on the green cards that USCIS can issue to beneficiaries who are immediate relatives of their sponsor, there is an annual cap on how many green cards they can issue to relatives in the Family Preference group. The yearly cap for Family Preference immigrants is based on the exact family connection between the beneficiary and their sponsor. This categorization also determines the kind of visa an immigrant may qualify to receive.

Obtaining a successful I-130 petition is one part of the much longer process to seek a green card issuance eventually. If USCIS grants the request and the beneficiary is a close relative of their sponsor and currently resides in the country, they may proceed with filing a petition to alter their status. Recipients who do not live in the country or who are in the Family Preference Group typically need to seek permanent resident status through consular processing. Individuals who fall into the latter category may have to wait years before the USCIS issues a green card due to the annual quota limits established by current law. If you have more questions about filing Form I-130, give us a call today.