How the Trump Administration is Impacting DACA 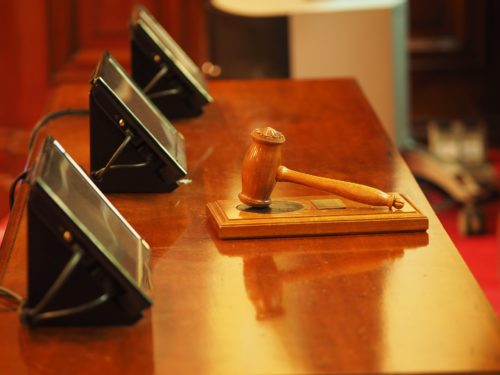 One of the areas that the Trump administration has cracked down on the hardest throughout the years has been immigration. Whether through pushing for stricter border protections, or through changes in policy, dealing with issues of immigration has been and continues to be a priority for the current administration.

The Deferred Action for Childhood Arrivals (DACA) is another immigration-related policy under revision by the current administration. DACA is a program left over from Obama’s presidency that allows unauthorized immigrants brought to the US as children to live and work within the country without fear of deportation.

President Donald Trump announced plans to end DACA in 2017, which would subject participants of the program to possible deportation and could revoke the rights provided under the bill. However, despite ample pushes to remove the program, the fate of more than 670,000 immigrants who depend on DACA has been secured by a decision from the Supreme Court to maintain the immigration policy.

The Deferred Action for Childhood Arrivals program was first initiated by the Obama administration in 2012. Its intent was to allow undocumented individuals who immigrated into the United States as minors to obtain legal work authorizations, drivers licenses, and avoid deportation. The program did not provide a person with official legal status or a pathway to citizenship, but rather it allowed a person to be “lawfully present”.

To be eligible for this program, a person had to meet a wide range of criteria. To qualify, a person must have immigrated into the country when they were 15 years or younger. Applicants additionally cannot be older than 31 years of age as of June 2012 when the bill was signed into law. Other stipulations for qualification include the absence of a felony criminal record, enrollment in some kind of education, and living in the United states without interruption from June 2007 onward.

With the announcement from President Trump in 2017 stating that he would suspend the DACA program for good, many individuals across the country who depend on this policy became vulnerable to removal proceedings and other complications. Many people, either directly affected by the program or not, fought back against the mandate. In 2019, the Supreme Court heard cases against the suspension of the program. When the government wants to end a particular policy or program that many people have relied upon, it must provide an explanation as to why the policy shift is justified despite the consequences on those who have come to depend upon it. This past June, the Supreme Court found that the administration had not provided proper legal justifications for ending the program.

While this decision is viewed as great for the thousands who depend upon the program within the United States, it does not completely protect those guarded under DACA. With presidential power, there is little question that the administration could end the program if it wanted to. Rather, it is if the Trump administration will take the correct procedural steps to abolish the program in the future that is the question.

The Future of DACA

In the current conditions, individuals who are already in the DACA program can continue to apply for renewal as usual. However, those who were not a part of the program before the administration decided to end it may not be able to pursue deferred action. Additionally, in some cases, DACA recipients whose deferred action ran out may be able to pursue their status again. If you have more questions about the suspension of DACA and how it could affect your case, call our office today.