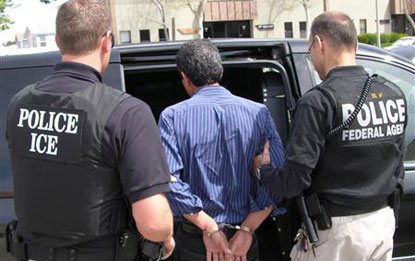 Last February began the first mass raids of the Trump administration against undocumented immigrants.  ICE instructed field offices to highlight the worst cases for the media in an effort to portray that the detained undocumented people were hardened criminals.

An ICE executive sent an “urgent” directive to ICE chiefs of staff across the country on February 10 asking for coverage of “the three most egregious cases” that each location had come across.  The email also said, “If a location has only one egregious case…include an extra egregious case from another city.”

An ICE agent in San Antonio sent an internal email the next day saying that his team was unable to complete the task.

A cache of heavily redacted emails were obtained by students at Vanderbilt University Law School through the Freedom of Information Act.  The emails depict ICE agents in Austin attempting to substantiate the administration’s claims that the raids were motivated by concerns for public safety.  But, the attempts were largely unsuccessful making it clear that the Trump administration’s narrative was false.

The raids, beginning on February 6, consisted of a nationwide sweep of undocumented immigrants.  Immigrant communities were plagued with fear as the raids led to 680 arrests nationwide.  A similar sweep, termed “Operation Safe City,” took place recently with more than 450 arrests.

In Austin, Texas, 51 people were arrested during the February raids, and more than half had no criminal convictions.  ICE’s aggressive tactics in Austin became a focal point for the media.  Residents reported that agents set up checkpoints on the streets, detained a teenager, and mistakenly apprehended a legal resident.