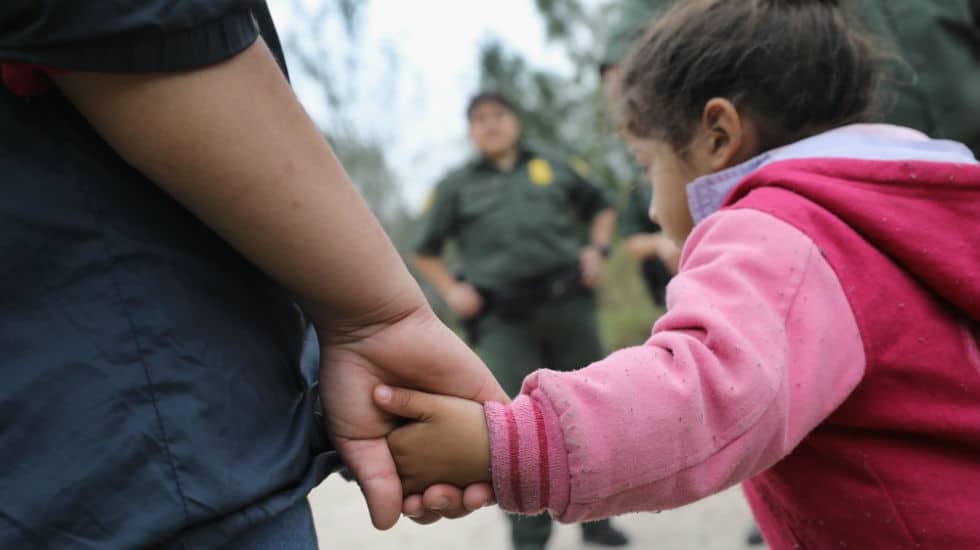 Thirty-year-old, Jose Demar Fuentes, seeking asylum from Central America, has accused immigration officials of threatening and lying to him to separate him from his one-year-old son.

Fuentes came to the United States through Tijuana, Mexico undocumented with three other fathers and requested asylum from immigration authorities.

According to Fuentes, in three different meetings officials told him and the other fathers that their immigration cases would be problem-ridden and take longer if they did not agree to separate themselves from their children.

Customs and Border Protection’s policy regarding keeping families together says, “CBP will maintain family unity to the greatest extent operationally feasible, absent a legal requirement or an articulable safety or security concern that requires separation.”

Two of the other fathers were identified as Carlos Batres Aguilar and Eric Matute Castro.  The whereabouts of Aguilar’s twelve-year-old son and Castro’s three-year-old son are unknown.

A senior policy adviser for migrant rights and justice at the Women’s Refugee Commission points out that White House chief of staff, John Kelly, “considered a policy of separating families in the vein of trying to deter individuals from making the journey.”  “We’ve been really concerned,” she continues, “that immigration officials are separating family members who are seeking protection in the United States.”

Fuentes’s partner, Olivia Caceres, remains in Mexico with their other son.  The couple and their children fled El Salvador with only thirty-five dollars and could not afford to continue to the United States together.  Fuentes and Mateo went ahead in the hopes that Fuentes could get more money to bring Caceres and their other son later.

Caceres is frantic, saying, “I just don’t understand why they would take him away from his father…I’m worried he’s not sleeping because he’ll only fall asleep if we sing him a song.  I’m so scared.”