Arbitrary (adj.) – subject to individual will or judgment without restriction; contingent solely upon one’s discretion.

Capricious (adj.) – subject to, led by, or indicative of a sudden, odd notion or unpredictable change; erratic.

When I attended law school, the professors taught us that justice was supposed to be distributed evenly.  We learned how precedent – prior decisions – was to dictate how judges decide matters in real time.

They also taught us that the law was NOT supposed to be arbitrary or capricious.  The law should not turn on the tendencies of a particular judge, but rather applied uniformly across the country.

I think of these old law school lessons whenever I see statistics regarding the granting or denial of asylum relief in our nation’s immigration courts.

Asylum cases involve a claim by a foreign national that if he or she return to their home country that they will be persecuted for something about them that they can’t or should not have to change – their religion, their nationality, their race, their political opinion or their membership in a particular social group.

One would hope that if we took the same asylum case and presented it to an immigration judge in Cleveland and in Phoenix and in Seattle, the same result would be reached.

But the statistics from our nation’s 58 deportation courts show that this is definitely not the case.

Generally, the approval rate for asylum court cases is about 48 percent.  But after the recent surge of asylum cases stemming from the violence in Central America, the numbers in our nation’s immigration courts are all over the map.

According to a recent piece in The Washington Post, the approval rate for asylum at the New York immigration court is 84 percent.  The approval rate in Chicago is 45 percent.  But in Houston, only 9 percent of asylum seekers obtain relief.  The number in Atlanta is even worse – amazingly, the immigration judges in Atlanta only approve 2 percent of the cases that appear before them.  Two percent!

This is no way to run an immigration system.  Asylum is one of the most important forms of immigration relief that there is.  These judges are literally making life and death choices.  Due to the overworked and overloaded immigration court system, the judges have very little time to review these cases.

How in the world can immigration judges in New York approve 84 percent of the cases, but judges in Atlanta only 2?

The Executive Office for Immigration Review and the Board of Immigration Appeals must make uniformity in the rule of law a guiding principal and reign in these judges with ridiculously low approval rates.

Too much is at stake. 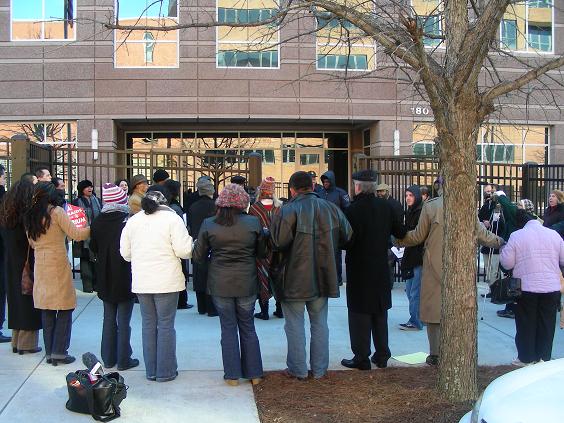