Immigration reform has been dying a long, slow death.  Due to some recent events, it appears as if the possibility for reform in 2014 has passed.

Lost is another opportunity for Democrats and Republicans to do the right thing and fix our nation’s broken immigration system.  Due to partisan bickering and a clear inability to get any meaningful reform passed, American businesses and U.S. citizens are losing out on the tremendous opportunity that immigration reform represents.

One year ago, the U.S. Senate passed a sweeping immigration bill that was supported by Democrats and Republicans alike.  This bill addressed many of the top immigration issues of our time – border security, enforcement of existing laws, increasing the number of visas for entrepreneurs and highly-skilled tech and science workers.

The bill also provided a path to citizenship for the estimated 11 million undocumented immigrants who either entered the country without inspection or overstayed a visa long ago.

The Republican-controlled House of Representatives refused to take action on the bill.  Speaker John Boehner refused to allow the bill to come to the floor for debate and a vote. 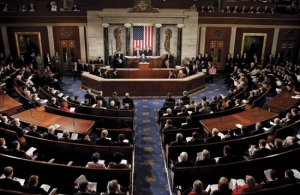 His Republican counterpart, Rep. Robert Goodlatte of Virginia called the possibility of immigration reform passing this year as “exceedingly difficult.”

Everyone points the finger at the other side.  Democrats criticize Republicans for failing to take action on the Senate bill.  Republicans chide President Obama for his 2012 decision to halt the deportation of young immigrants, so-called DREAMers, from the U.S.  This criticism exists despite the fact that Mr. Obama has deported more people than any President in history.

With Republicans refusing to give President Obama a legislative victory and the President’s inability to move Congress to act on any significant legislation, immigration reform will not pass this year.  And it probably won’t pass until 2017 when we have a new President and a new Congressional makeup.

Time will tell, but don’t hold your breath.

PS # 1 – my new immigration book, Case Denied: The Top Ten Ways People Sink Their Immigration Case, is headed to print.  If you would like us to send you a free copy, please click here and provide your mailing information.  We will let you know when we expect the copies back from the printer in the next few weeks.

PS # 2 – we are live and on the air.  Subscribe to the We Love Immigration podcast by clicking here.  Each week, we discuss the hot immigration topics of the day.