Man born on military base not a US citizen, can be deported

The Fifth Circuit Court of Appeals recently ruled that a man born on a U.S. military base in Germany is not a U.S. citizen and can be deported.  The Court upheld the decision of an immigration judge authorizing the deportation.

Jermaine Amani Thomas was born in August of 1986 on a military base in Frankfurt, Germany.  His father was a naturalized U.S. citizen.  Thomas’s mother was a Kenyan citizen.  Thomas was admitted to the U.S. as a lawful permanent resident in July of 1989.  After arrival, Thomas was convicted of a crime of domestic violence and two or more crimes involving moral turpitude.  In 2013, the Department of Homeland Security issued a Notice to Appear, seeking to deport him due to the convictions.

As his lone defense, Thomas asserted that he was a U.S. citizen by operation of law.  The immigration judge initially ruled that because Thomas was born in Germany and outside the U.S., he was presumed to be an alien and not a citizen.  The judge then reviewed the Department of State Foreign Affairs Manual and the Constitution and held that despite being born on a military base, Thomas was not a U.S. citizen.  The Board of Immigration Appeals sided with the government and denied the man’s initial appeal. 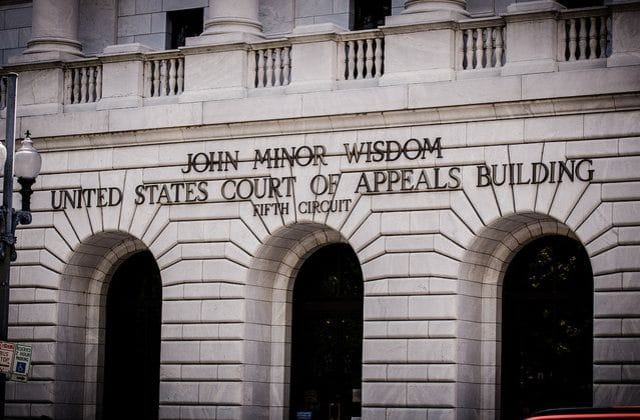 He appealed to the Fifth Circuit.  The Court began its analysis by noting that the Fourteenth Amendment to the U.S. Constitution grants birthright citizenship to “all persons born … in the United States, and subject to the jurisdiction thereof.”  At the time of Thomas’s birth, Congress extended birthright citizenship to children born abroad to one citizen parent and one alien parent, if the citizen met certain physical-presence requirements.  Thomas’s father did not meet the physical presence requirement.  As such, the only way that Thomas could be a U.S. citizen would be if the military base in Germany was legally “in the United States” for purposes of the Fourteenth Amendment.

Thomas’s attorneys argued that the Fourteenth Amendment should be extended to include any place where the U.S. “exercises its sovereignty,” i.e., a military base abroad.  The Court refused to adopt this approach, instead using a literal reading of the Fourteenth Amendment and the use of the word “in.”  The Court refused to liken Thomas’s situation to people born in American territories, instead sticking to its literal interpretation of the express language of the Amendment.  As such, the Court ruled that Thomas can be deported.