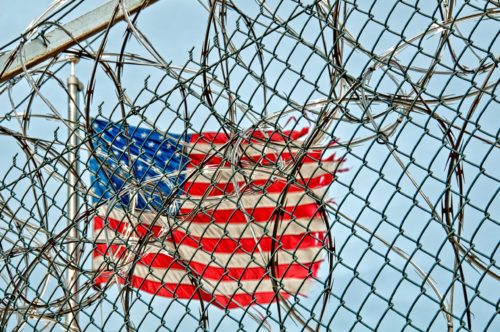 Deportation efforts and policies tend to vary under different presidential administrations. Given President Trump’s emphasis on stopping illegal border crossings and enforcing immigration laws, many people assume that deportations must be at an all-time high under his regime.

However, disagreements over immigration policy have given rise to many misconceptions about Obama/Trump deportation efforts. The real deportation numbers show surprising results, but those numbers tell only part of the story.

During Obama’s presidency, a small group of congresspeople was able to prevent immigration reform, and that set into motion a lot of the things that we are seeing right now. In response to that, President Obama, frustrated with the inability of Congress to take action, instituted the Deferred Action for Childhood Arrivals Program. They prioritized deporting people who entered the country illegally on numerous occasions and people who were convicted of committing crimes. Children of undocumented immigrants were not given as much of a priority.

About 20 states did not like that program. What they did not like even more was when the Obama Administration went one step further and took off the priority list the parents of U.S. citizens or the parents of green card holders. That set in place what we are seeing now, because what happened was the State of Texas and 20 other states filed a lawsuit in a conservative jurisdiction in Texas, which it made it all the way to the Supreme Court. The court prevented President Obama’s interpretation of the law and struck down the Deferred Action for Parental Arrivals, DAPA. President Obama went on further to try to interpret the law written back in the ’90s as liberally as possible. Now, President Trump has taken that same authority as president to take it way over to the other end of the extreme. It is a political issue and it is a divided country on all kinds of things. With immigration, it is a political football.

The completion of recent deportation processes tells only part of the story. As of today, U.S. Immigration and Customs Enforcement (ICE) is holding far more people in detention facilities currently than under the Obama administration. Individuals who might have been released on bond during previous administrations are now kept in detention during at least part of the removal proceedings.

Many of those held in detention do not have a criminal record but are in custody because they overstayed after a visa expired or applied for asylum and were denied. Some failed to follow a final order of removal. Without a criminal record, these individuals would have been low on the priority list for deportation under President Obama’s policies. Under President Trump’s initiatives to deport those who violate immigration laws, the administration has tried to remove many more violators who might have been allowed to fly under the radar in the past.

Because of legal challenges and asylum appeals, many of the cases remain pending and individuals are not deported but detained.  Some describe the system under the current administration as “clogged” as a result.  Backlog in the courts is substantial, and detention facilities are overflowing.

Misconceptions about Obama/Trump deportation efforts may continue as parties on both sides of the aisle try to put a positive spin on the immigration policies of their respective administrations. Meanwhile, the judicial backlog to resolve deportation cases shows no sign of decrease unless policies change once again. For more clarity and help with your immigration efforts, reach out to Hacking Immigration Law, LLC.