Not Deporting Anyone Today

Andrew was more than ready. 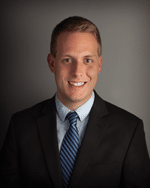 While in law school, he had an internship at the Memphis Immigration Court and witnessed many such hearings.  He learned a lot about what to do and what not to do in such hearings.

While with our firm, Andrew has worked on many aspects of a deportation case.  He had simply never conducted his own trial.  Jim Hacking attended the hearing to make sure that everything went okay.

Andrew’s client was a young man from Afghanistan.  Let’s call him Rashid.

Rashid was the oldest child of six.  He was in grade school.  Rashid, his mother and his five brothers and sisters fled to Pakistan.  They believed their father to be dead.

Instead of going to school, Rashid went to work.  His mom worked too and they made a little money.  Just enough to keep the family alive.

Amazingly, Rashid’s father was able to escape from the Taliban and he was eventually reunited with the rest of the family in Pakistan.  They applied through the United Nations High Commission on Refugees to be resettled.  After several years, they were approved to come to Texas.

Rashid continued working.  His father was not able to work full time and Rashid was the main breadwinner.  He never went back to school.

Rashid’s longtime girlfriend and his brother both went back to Afghanistan to assist U.S. military by translating.  Rashid’s girlfriend sustained injuries in Afghanistan.

Rashid got into some trouble.  Nothing too serious, but in Texas they strictly follow the law and he did spend a few days here and there in jail.  None of his crimes were violent and mostly involved things like writing a bad check and credit card problems.

But the crimes were enough to bring him under the attention of Immigration and Customs Enforcement.  Rashid and his girlfriend were living in St. Louis when he got picked up by ICE.

Because of his crimes, he was subject to mandatory detention.  This means that he was not eligible for bond and had to sit in jail while his case made its way through the immigration court.

His family hired another attorney, who filed a worthless request for a bond hearing.  Rashid was not eligible for bond and the judge scolded the prior attorney for wasting time with the bond hearing.

The family lost confidence in the prior attorney.  They decided to hire Hacking Immigration Law, LLC, to see if Rashid could be saved.  They met with Andrew Bloomberg and he began working on the case.

We sent away for his immigration file.  We met with the family and Andrew began writing up statements to explain to the judge why Rashid might be eligible to stay in the U.S.  Andrew prepared statements from Rashid, his father, his mother, his girlfriend, his brother and a few of his sisters.

We submitted the statements along with a legal brief outlining our theory of the case.  Section 209(c) of the Immigration and Nationality Act provides that when someone comes to the U.S. as a refugee, their deportation may be stopped and they be allowed to adjust status to that of lawful permanent resident for humanitarian purposes, to assure family unity, or when it is otherwise in the public interest.  We asked for a waiver of the crimes that made Rashid inadmissible.

Andrew spent a lot of time at the Lincoln County Jail where Rashid was being held prior to trial.  His family drove from Texas to Missouri to work with Andrew on their statements.  Andrew submitted all of the evidence to the Court a week before trial.

We drove to Kansas City and the family met us there.  Rashid attended the trial by video hookup with the Lincoln County jail.  After a few preliminary matters, Andrew conducted his examination of Rashid and the attorney for the Department of Homeland Security cross-examined Rashid.  The judge asked a few questions.

Incredibly, the judge then told the DHS attorney that he was inclined to grant our requested waiver.  The government indicated that they would not be appealing such a ruling.  The judge cut the hearing off after 35 minutes and granted lawful permanent resident status.

The judge believed that Andrew had established all three reasons for the waiver.  Given the family’s hard life in Afghanistan, the humanitarian prong had been satisfied.  As all of Rashid’s family lived in the U.S. and as everyone but Rashid had become a citizen, family unity was satisfied.  Finally, given the service that Rashid’s brother and fiance had given to the U.S. Army, Judge Salinardi felt that it was in the public interest for Rashid to be allowed to stay.

Andrew won.  Rashid won.  He has been released from immigration detention and has been reunited with his family.

We are so proud of Andrew and the hard work that he put in the case.  The judge called the family into the courtroom to explain why he was not going to make them all testify in the case.  He complimented Andrew for the “excellent” brief and evidence that he had developed.  He thanked Rashid’s brother and fiance for their service and he closed the proceedings.

Excellent work, Andrew.  We are very proud of you.