Romanian Immigrants indicted for fraud and will most likely be deported

The Associated Press reports that eight Romanian Immigrants will most likely be deported from the country after many years here.  Florin Fleischer is one of the immigrants who has pled guilty to immigration fraud and has to sell his Home Media Solutions business before being removed from the country.

Eight of the Romanians that arrived decades ago have federal prosecutors accusing them of purposefully entering into sham marriages with the intent of legally staying in the U.S. At the time they first arrived, some came as students, and other just wanted to learn English and earn some quick cash. However, once their visitor visas expired, they needed to find a way to remain in the country.

Seven of the individuals have pleaded guilty to fraud while another waits for further District Courts proceedings. During their time here, they have established a close knit Romanian community and businesses that hire hundreds of foreign workers. But federal prosecutors are not impressed and believe the immigrants instead offered U.S. citizens cash for fraudulent marriages which resulted in eight green cards and eventual citizenship. ICE investigators also found falsified documents and applications for residency and citizenship.

“They’re not just having to leave the country,” U.S. Attorney Wendy Olson said. “They’re having to figure out what to do about homes, businesses and loved ones.” ICE only began investigating the case after a commentator in a newspaper suggested someone take a look at the Romanian community after a similar bust occurred in the Peruvian community. While most of the immigrants denied to release any statements or give interviews, one individual did say the reason for cutting legal corners was “to break free from her home country’s rusty Communist past.”

Engaging in sham marriages is never a good idea.  Immigration officials in Missouri and around the country scrutinize spouse visa applications very carefully.  You should only file for immigration benefits if your marriage is legitimate. 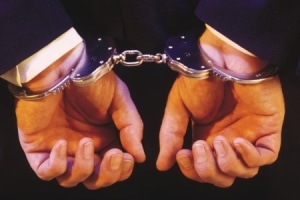