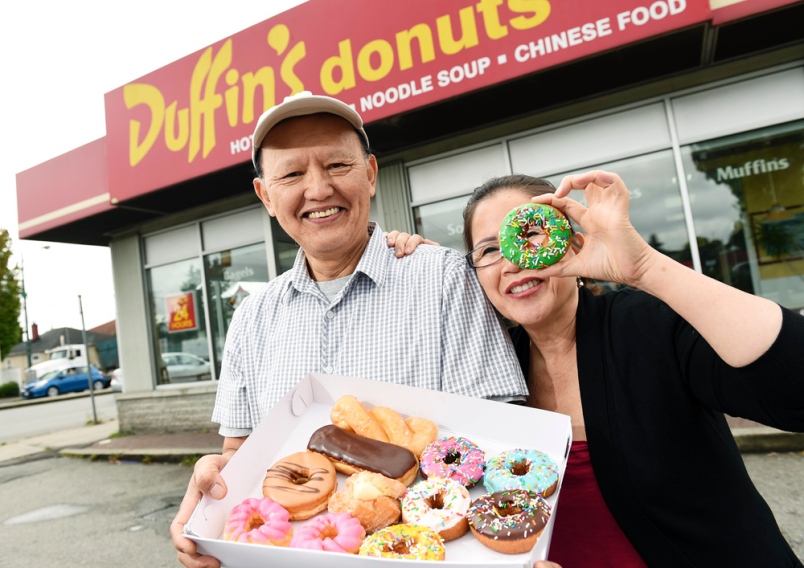 The majority of donut shops in Southern California are owned by Cambodian refugees and their children.

According to an article in Food & Wine, “L.A.’s Cambodian community has come to elevate a quintessentially American pastry—in the process, making it more American, in this nation defined by immigrants.”

The article calls Cambodian-owned donut shops “the story of America.”

Ted Ngoy, the original Cambodian immigrant donut-shop owner has an upcoming memoir titled, The Donut King: The Rags to Riches Story of a Poor Immigrant Who Changed the World.

Ngoy immigrated to Camp Pendleton in San Diego via a military jet from Cambodia with his wife and children.  That was in 1975 when the Khmer Rouge’s civil war was winding down, leaving Cambodia in ruins.  With the aid of a local church, Ngoy made his home in Orange County, California.

He started out as a custodian and a church landscaper, but the church eventually helped him find a job at a Mobil gas station that, coincidentally, was right next door to a donut shop.  He had never tasted a donut before a coworker asked him to go over there with him.

He worked hard to get in with Winchell’s, the donut chain.  With his church sponsor in tow, Ngoy went to the headquarters nearby and displayed his interest for management.  According to Ngoy, “They asked me if I was ready [right at that moment to begin], and I wasn’t.  I was so tired, I wanted to sleep…But, I said, ‘Yes, I’m ready.’”  This was Winchell’s first management trainee of Southeast Asian descent.

Ten years later, he became a millionaire because of donuts and coffee.

As the Food & Wine article says, this is “the story of America”—a story of the American dream that should be obtainable for all Americans, including immigrants.