The U.S. Supreme Court deadlocked in its review of a lower court’s decision on President Barack Obama’s controversial Deferred Action for Parents of Americans and Lawful Permanent Residents (DAPA).

DAPA would have temporarily halted the deportations of undocumented immigrants and allowed them to work in the U.S. legally.

The 4-4 tie was expressed yesterday in a single sentence “the judgment is affirmed by an equally divided court.”

Texas and twenty-five other states challenged the DAPA program which would have shielded as many as 5 million undocumented aliens from deportation. Those eligible included the parents of U.S. citizens and green card holders. The states argued that Obama exceeded his jurisdiction in adopting the program.

A federal judge in Texas ruled against Obama and halted the program a week before it was set to begin in 2014. The feds argued that Texas and the other states lacked standing to bring the action and the judge agreed. An appellate court also agreed which meant that when the Supreme Court tied, the lower court ruling stayed binding.

This ruling deals a harsh blow to many mixed-immigration-status families throughout the U.S. It is expected that deportations will increase following this ruling.

The decision also stresses the importance of federal elections. Republicans have refused to allow comprehensive immigration reform to come to the floor of Congress for a vote. President Obama acted only after years of inaction on the part of Congress.

In his comments yesterday, the President said, “If you keep on blocking judges from getting on the bench, then courts can’t issue decisions.  And what that means is then you are going to have the status quo frozen, and we are not able to make progress on some very important issues.”

Hopefully, voters will remember these things in November. 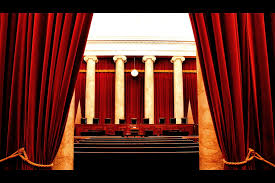