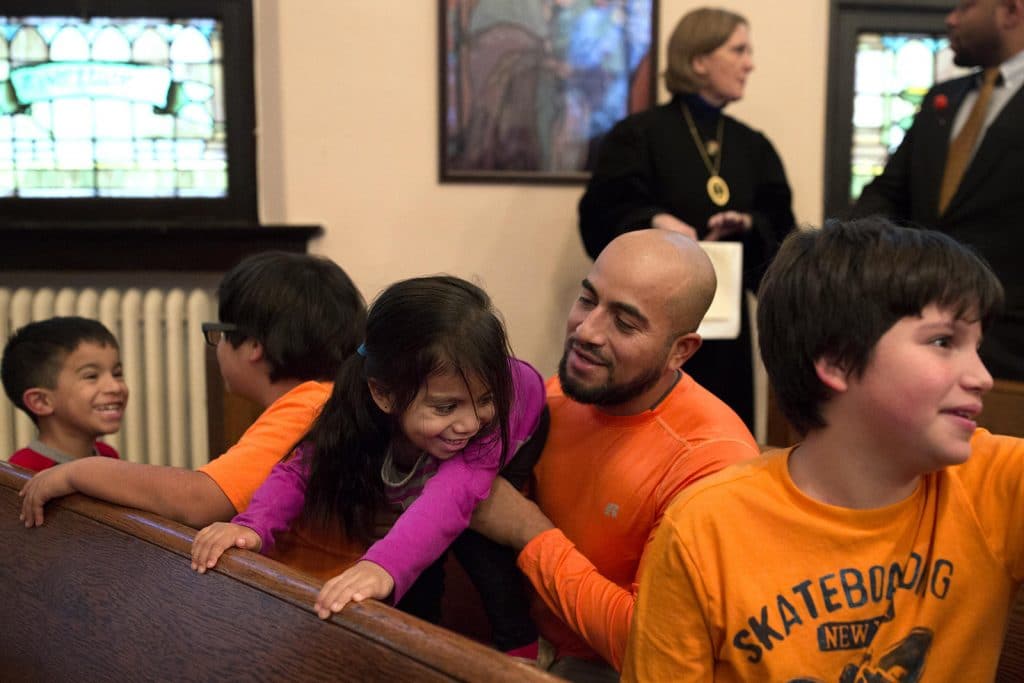 Alex Garcia has taken sanctuary from deportation in a St. Louis church for the last four months.  The church on Bellevue and Bruno where he has been living is over 150 miles from his family—his wife and five children.

This all changed after he requested a third stay last summer and, under the Trump administration, his request was denied.  In September he was told to report to ICE so that he could be sent back to Honduras.  Garcia found his way to Christ Church United Church of Christ instead.

The church had been looking for new ways to help vulnerable communities after Donald Trump was elected to the presidency in 2016.  They decided to focus their attention on immigration.

Pastor Rebecca Turner preached to the congregation, “Jesus says that when someone comes to us in need, we are to treat him as Jesus himself…If we don’t provide, it’s, in essence, turning Jesus away.”

Pastor Turner received a call the following day from an agency that works with undocumented persons from Latin America.  She was told that a man facing deportation needed sanctuary from ICE.

Turner says, “There was simply no way we could not say yes…We’ve got Jesus knocking at the door.”

Pastor Turner is adamant.  “We are not harboring, hiding anyone…[Garcia] is being protected by the church.”