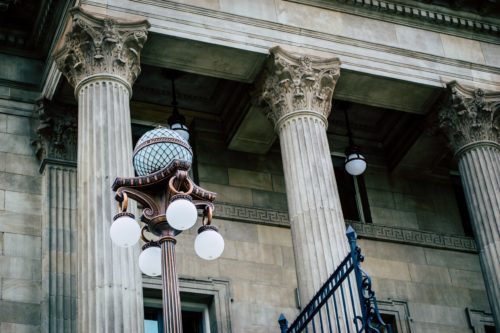 In US immigration courts, wait times in recent years have grown exponentially.

there aren’t enough judges to do so. They have hearings that are an hour long where

they decide whether or not people deserve to say in the United States. Many people

are unrepresented. There is no constitutional right to have a lawyer at deportation,

increase. It is important to keep mind with deportation that it is a civil proceeding,

not a criminal proceeding. There is no jury.

The national backlog of cases affects Missouri directly. This is due to a massive

In the last decade, immigration cases have quadrupled in this country. In 2016

and now stands at 658,729 across the nation. This backlog reflects the recent surge

the highest number since 2006. Additionally, the share of immigrants from Central

The immigration court system is severely overburdened and under-resourced.

There are only about 63 immigration courts nationwide, trying to serve close to

700,000 people. There are not enough judges to run the courts efficiently. When

immigrants arrive, if they lack authorization or ICE detains them, the NTA will

start a harrowing process with much at stake. As of now, if you live in Missouri

and are in the immigration system, you can expect to wait nearly a year for your

initial calendar hearing, and almost two years after that for your merit hearing. It is

to navigate the complex system alone.

To counterbalance any disadvantages the system poses, people often turn to the

help of an experienced attorney. A lawyer from Hacking Immigration Law, LLC

could help you reach a favorable outcome with your immigration efforts