After several attempts at implementing the ban, the current version of Trump’s plan bars citizens from Iran, Libya, Syria, Somalia, Sudan and Yemen from receiving visas to enter the U.S.

An exception exists if the foreign national can demonstrate a “bona fide relationship” with a citizen or entity in the U.S.

Most legal scholars and commentators believe that enrollment in a U.S. institution of higher learning would qualify as the necessary type of relationship, but many students are afraid to take the chance and return home.

Their concern is that while it would be very easy to leave the U.S., there is no guarantee that the embassy in their home country would issue them a new visa for re-entry into the U.S. 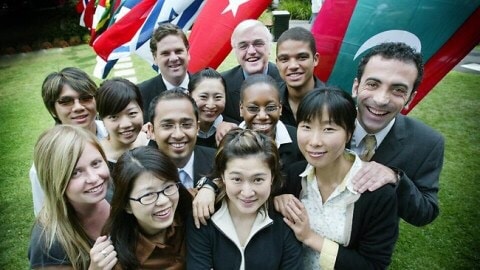 So instead of taking the risk and leaving the U.S., many students are playing it safe by remaining in the U.S. during summer and holiday breaks.

A recent story in the Washington Post highlighted the efforts of international student services offices as American universities to make life a little easier for their foreign national students.

The fact is that international students pay the highest tuition rates and many colleges have come to rely on the extra income that educating foreign nationals brings to the school’s bottom line.

“With the uncertainty that’s there, I think people have been thinking twice about some of these decisions and wanting to make sure that they don’t put themselves in situations that could complicate their lives,” said Fanta Aw, the interim vice president of campus life at American University in Washington, D.C.

For now, the safest thing to do is stay in the U.S. as long as possible.  The risk of problems at the embassy is simply too great unless a true emergency requires the international student to return home.