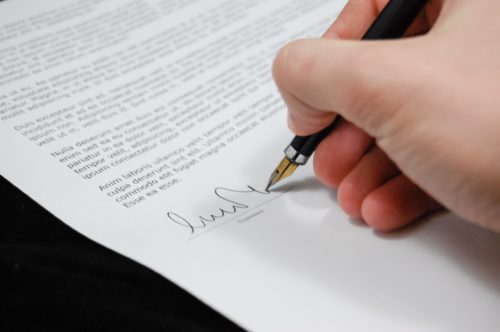 The process of obtaining a visa or another document for lawful residency or entry into the United States is typically lengthy and highly involved. Immigration law in the U.S. only allows visas or permits to be issued to individuals who meet certain criteria. This also means that there are specific factors that may prevent someone from receiving an entry or stay authorization. For example, individuals diagnosed with a highly contagious illness such as tuberculosis or do not have the immunizations required to enter the country may be denied a visa or another form of immigration status.

When an applicant gets denied, they may be able to file a Form I-601. By filing a Form I-601, some applicants may be able to seek an exemption from the factors that resulted in their original denial and apply for a green card or other immigration documentation. However, only specific justifications are considered legitimate reasons to use an I-601 waiver.

Situations Where Officials May Grant an I-601 Waiver

There are limited situations where an individual who has been denied an immigration document will be eligible to use a waiver. The kind of immigrant document someone applies for primarily determines if someone can file Form I-601. For instance, individuals applying for lawful permanent residency, a visitor visa, a student visa, or a fiancé visa (also known as the K-1 visa) may be able to request an I-601 waiver if their application for an immigration document was denied previously based on certain grounds.

The original cause for denial can be a significant determinant as to whether someone is qualified to seek an I-601 waiver as well. For example, suppose that someone applied for a green card and that their application was rejected because they did not have the updated immunizations required. If this is the case, an I-601 waiver could help someone move forward in the immigrations process if the individual gets the necessary immunization.

If an individual applying for an immigrant visa or green card gets rejected because they previously lived in the country illegally, they may file Form I-601. Usually, when someone lives in the U.S. without legal authorization for under 12 months or a continuous interval of time but left before they could be deported, they would not be allowed back into the country for 36 months. In some cases, this period of debarment from the country can be longer. However, it may be possible to file a Form I-601 if, for example, the individual is married to a U.S. citizen and they can show that being barred from the country would inflict severe deprivation upon their spouse.

Reasons for USCIS to Reject an I-601 Form

Even when someone files Form I-601, there is no guarantee that they will be granted a waiver. If someone’s application for an immigration document was initially rejected due to criminal history, they might have a more difficult time seeking a waiver. It is vital to build a compelling, authoritative case when filing for an I-601 exemption.

For example, someone may request a waiver if they were denied an immigrant document to reunite with their spouse because of prior unlawful residence in the country. However, if they cannot show that being denied entry would cause severe hardship to their husband or wife who is a legal permanent resident or citizen, the immigration officer may reject their request for a waiver. Given the extreme complexity of these cases and the limited options to seek an I-601 waiver, it is wise to talk with a lawyer for guidance on these matters.