Busting Out of the Shadows 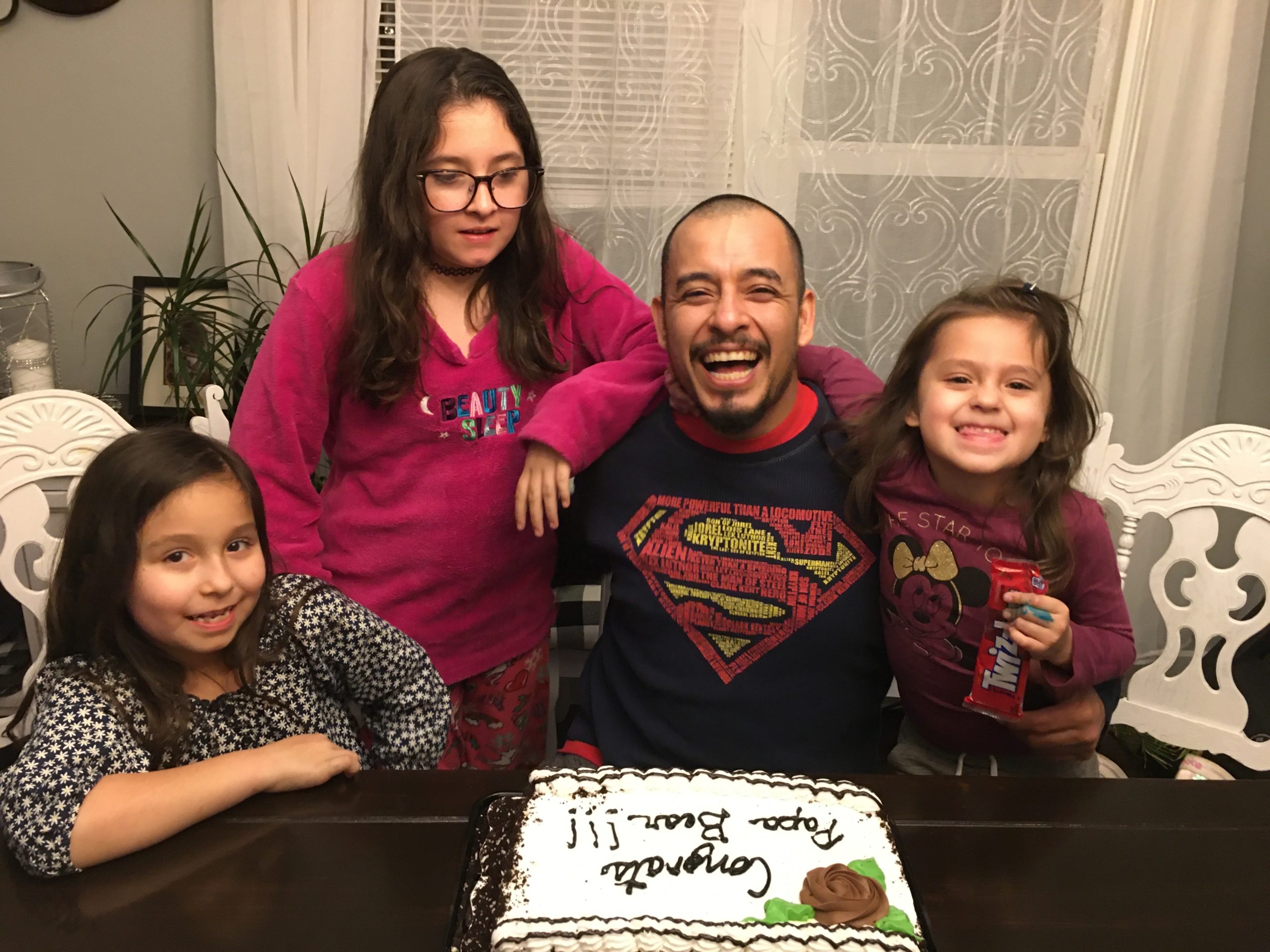 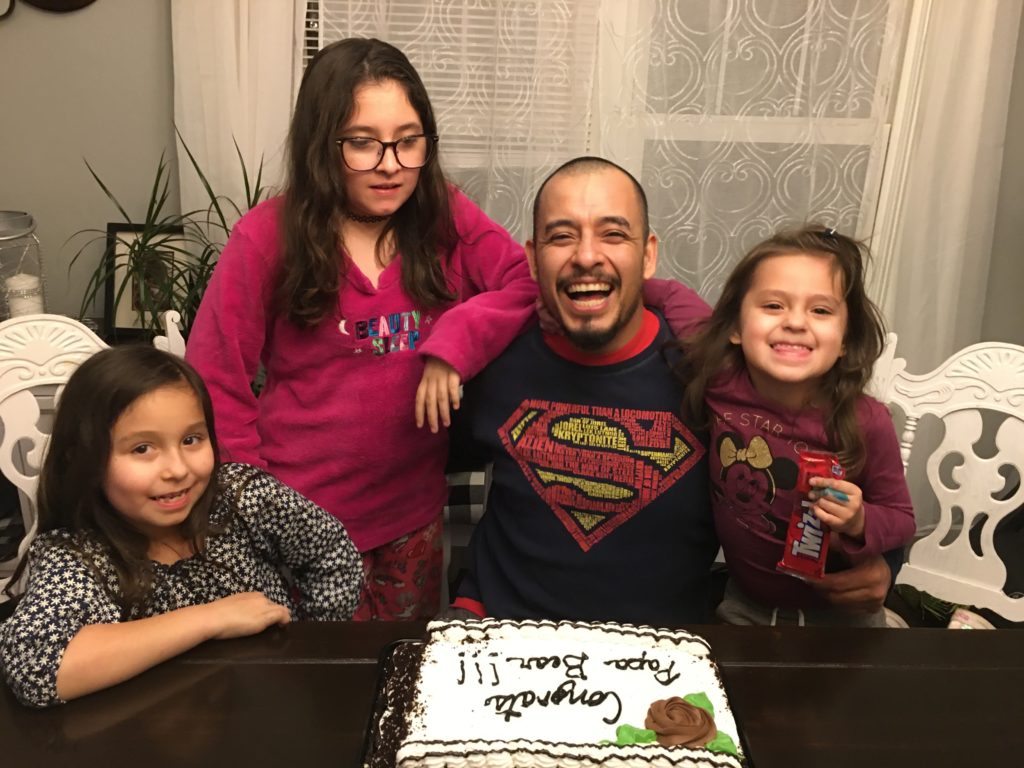 This is Gualberto.  Gualberto was born in 1985 in Mexico.

Gualberto entered the U.S. when he was 8 years old without inspection.

He has lived as an undocumented immigrant since 1993.  He has worked hard, paid taxes and built a good life for himself.

But he had no status and spent every day worried about the possibility of getting caught and deported.

In the late 1990s, Gualberto’s father filed some immigration paperwork on Gualberto’s behalf but that application went nowhere and was ultimately abandoned.

Gualberto is married to Bonnie, a U.S. citizen.  Gualberto has a stepson named Miguel.  He has three daughters: Rosa, Sophia and Zoey.  They live nearby our office in Kirkwood.

Bonnie and Gualberto came to see us last year about trying to get a green card for Gualberto.

Despite popular belief, simply marrying a U.S. citizen does not “cure” an entry without inspection or working in the U.S. without permission.  Typically, in order to get status for someone in Gualberto’s position, we would have to establish that it would be an extreme hardship for Bonnie and Gualberto to be separated.

Those cases are becoming harder and harder to get approved.

But HLP attorney Andrew Bloomberg was familiar with an old law called the Legal Immigration Family Equity (“LIFE”) Act.  The Life Act was passed in 2000 and instructed USCIS to forgive unlawful entry and unlawful presence for people whose Form I-130 was filed by APril 30, 2001.

The abandoned application filed by Gualberto’s father fell under the LIFE Act.

So Bonnie and Gualberto hired us to try and get a green card for Gualberto.  Andrew and the team prepared all of the paperwork.

Luckily, the officer assigned to the case is one of the nicest officers that we have come across.

She kept trying to put our clients at ease.  It wasn’t really working.

The officer said, “Mr. Hacking will tell you that I’m the nicest officer here.”

Bonnie said something so poignant at that moment,”well,, ma’am, this is just so very important to our family.”

She went on to tell the officer about how kids in her daughter’s school had teased the girl often, saying that her dad was ILLEGAL and that he was going to get deported.

This led Jim to shoot a video calling out such racist bullying, drawing a direct line from President Trump to that playground in Kirkwood.

The officer said, “well, no one is getting deported today.”

She approved the case and Gualberto received his green card yesterday.

Now Gualberto can leave the U.S. if he wants to go back home and visit Mexico.

Gualberto can become a U.S. citizen in three years.

He’s coming out of the shadows.

His family had a small party for Gualberto yesterday.

This is why we fight for immigrants.

God bless you, Gualberto (and Bonnie and Miguel and Rosa and Sophia and Zoey).

Thanks for letting us share the journey with you. 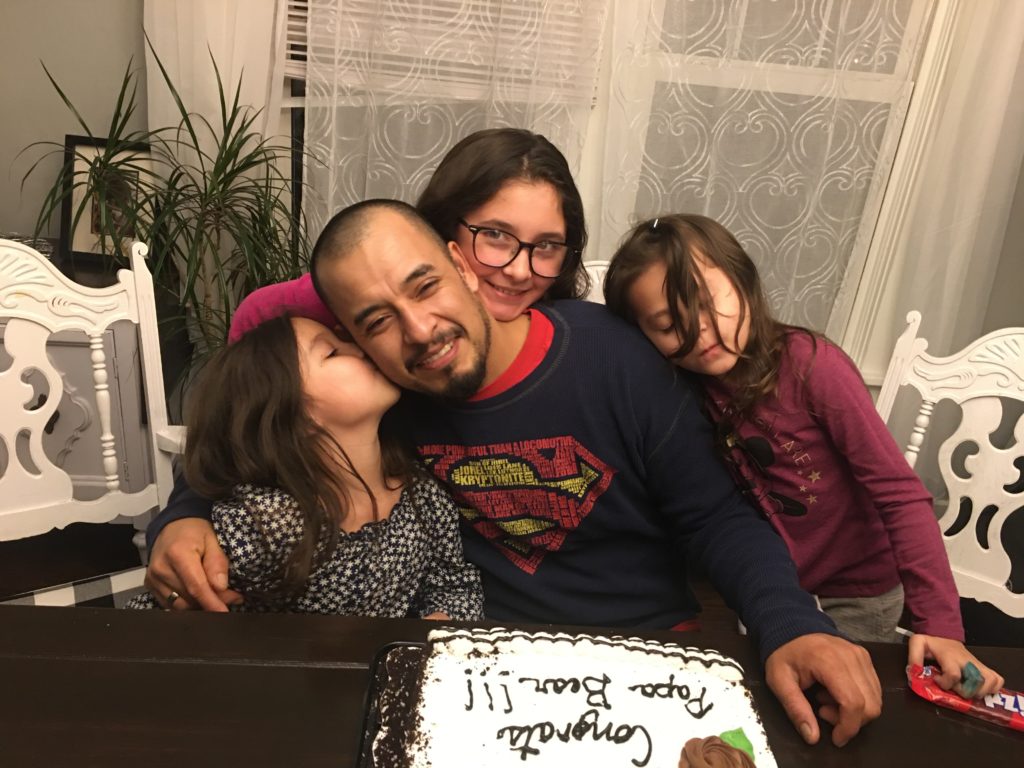 This is definitely the best immigration practice!

This is not the first one we have used for my husband’s immigration matter and I will say there is no comparison with the others.

From the office staff, to the attorneys I have nothing negative to say about this firm.

Andrew handled the majority of our case. He is very knowledgeable and always quick with responding to any questions or concerns we may of had.

Jim Hacking is probably the best attorney I’ve ever met, and you can tell he actually cares about his clients. We can’t thank them enough for helping my husband get his permanent residency!

I found this firm after reading reviews on Google and they happened to be local to us in Kirkwood so that was a plus. They are very professional, affordable, and I would recommend them to anyone!