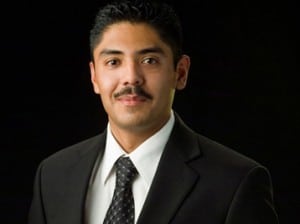 California’s Supreme Court is set to hear an important case this week to consider whether an undocumented immigrant can be eligible for a license to practice law in the U.S. The issue is one that pits the federal government against a state in regards to immigration policy but can have an influential effect on future cases.

Sergio C. Garcia moved from Mexico to Chico, California when he was 17 years old. He was seeking admission to the state bar, but the Department of Justice filed a brief arguing that federal law prohibits him from receiving a law license. The California attorney general disagreed and is standing behind Garcia to support his cause. According to the Justice Department, Garcia cannot obtain a license according to the Personal Responsibility and Work Opportunity Reconciliation Act. Garcia graduated from Cal Northern School of Law in Chico and passed the state bar in 2009. However, due to his immigration status, he is unable to find a job because he cannot get a license. "The federal government has never controlled who can and cannot be an attorney," Mr. Garcia said. "They are trying to make a federal issue out of something that is within the state's rights."

Garcia paid for his education with wages he made working at a grocery store as well as credit cards and a self-help book he wrote. Garcia has been supporting himself with motivational speaking fees and the occasional paralegal job. Garcia also owns a company that offers paralegal and support services but hopes to open his own law practice someday. While Garcia is not violating any criminal law by remaining in the U.S., employers are still barred from hiring him as long as he remains undocumented. Furthermore, questions remain about whether a client could contract with him. Some say that he should not represent clients because he could be arrested and deported, leaving his clients without a lawyer.  He could use his law license to advise foreign companies on U.S. law, but as for whether he remains in the U.S., the issuewill be considered this week by the state Supreme Court.  The dispute in California remains over who has the authority-the state or the federal government- when deciding who receives a license to practice law.

If you are looking for a licensed immigration attorney, have questions regarding immigration reform, applying for a visa or attaining legal status, contact us at 314-961-8200 or visit our contact page.