People who are considering hiring an immigration attorney often ask us why they need an attorney.  Some people interview us and conclude that they can handle their immigration matter without an attorney.  And there are certainly some simple issues that people should feel comfortable handling themselves.

But obtaining lawful permanent resident status for a family member is probably not one of those “simple matters.”  Last month, we were contacted by a very intelligent, sophisticated client who had filed an I-130 family visa petition and I-485 green card application for his mother. This man had lived in the US for a very long time, was a US citizen and highly educated.  His mother’s case had been pending for 10 months – since November of 2012.

The man had filled out all of the right forms; however, there were one or two small little errors on each of the forms.  Nothing fatal, nothing crucial – just enough to confuse the immigration officers at USCIS.  When the man came to see us, he brought a request for evidence that raised five serious questions about the application.  USCIS invited the man to provide answers to the questions and to submit an entire new, corrected application at no cost.  He had 30 days to do so. Wisely, this time, the man hired us to help him.

None of the issues raised were overly complex or difficult for us to deal with.  We file these family based applications routinely and it was relatively easy for us to clean things up.  We prepared all new forms and resubmitted them to USCIS.  The visa and green card applications were approved in 18 days.  Our client and his mother were very happy.

The lesson to be learned here is that while you can handle some things yourself at immigration, for most matters you are probably better off with an experienced immigration attorney.  This man and his mother had to “sweat it out” waiting for 10 months because of the little mistakes that they had made in the application. 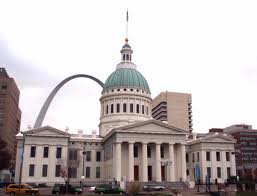 Two firm clients naturalized today in a ceremony held at the Old Courthouse in downtown St. Louis.  The two immigrants took the oath with approximately 60 other people from all over the world.  The ceremony was presided over by Judge Henry Autrey of the U.S. District Court in St. Louis.  The CIS Ombudsman was the keynote speaker. 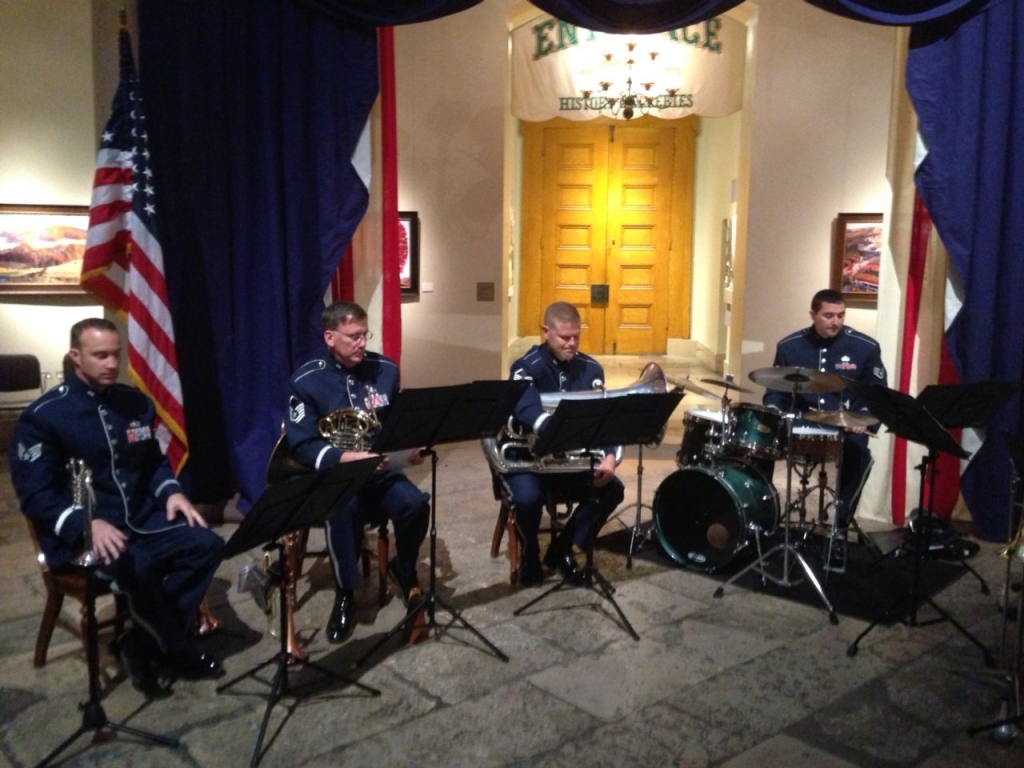 We presented both of our clients with a DVD of a naturalization talk that I gave at a prior ceremony. 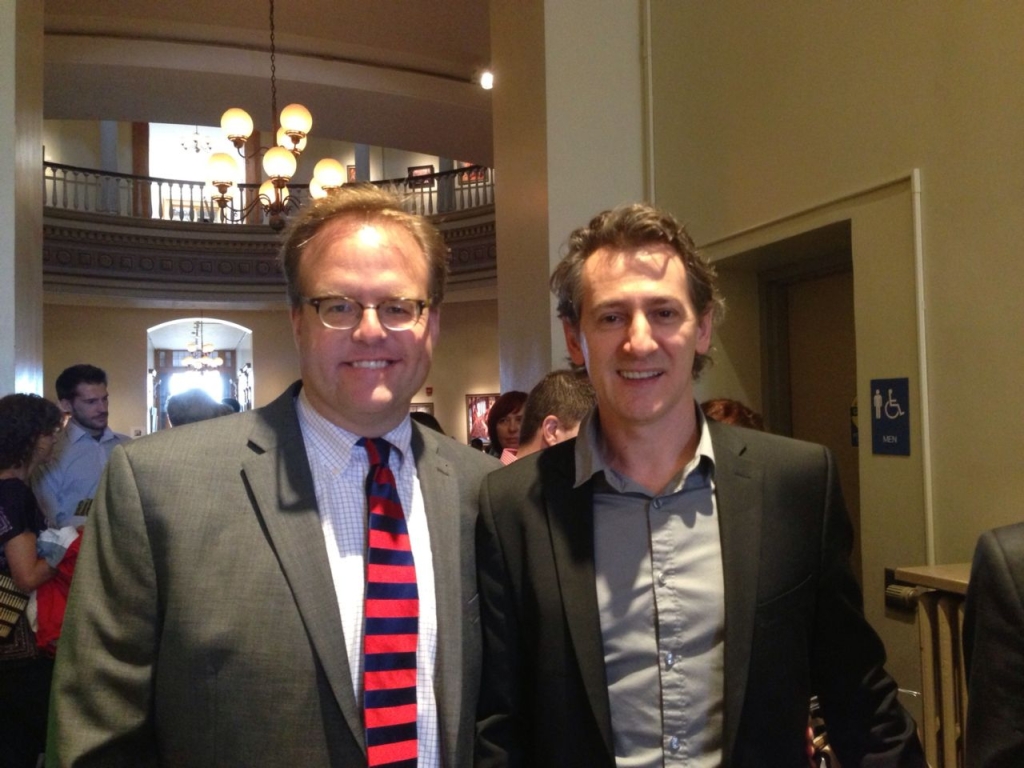 Our office was recently retained by a husband and wife who worked for the University of Missouri system as professors.  They had come to the United States many years ago on an asylum application.  The husband had been involved in politics in his home country of Tunisia and had been granted asylum many years ago.

The husband and wife had applied for lawful permanent resident status in 2002.  USCIS had fingerprinted them, interviewed them and then sat on their application for years.  The husband and wife were dilligent in following up with the immigration service.  They updated their address at USCIS at every applicable juncture.  The case remained pending for years and years.  The couple had a prior attorney who sent letters to USCIS, but the delay continued.  They wrote members of Congress for help, but the Senators and Representatives could do nothing to help.  InfoPass appointments and call to the USCIS 1-800 number had not effect on the delay.

Extremely frustrated, the professors fired their prior attorney and hired us to sue USCIS in the Eastern District of Missouri federal court.  When they went to pick up their file from prior counsel, he claimed that there was nothing that our firm could do to make the case move faster.  We drafted and filed the lawsuit.  My assistant Adela served a copy of the lawsuit on the head of USCIS, the district director and the local sub-office director.  Within two weeks of receiving the lawsuit, USCIS approved the application.  My clients received their lawful permanent resident cards within one month of meeting with us.

Certainly not every case moves this quickly.  But we have found that the lawsuit is the most effective way to get the attention of USCIS.  It definitely helped in this case.  Instead of continuing to wait, our clients are now lawful permanent residents and on their way to citizenship.  Because of the change in government in Tunisia and because they now felt safe to travel on their green cards, my clients were able to visit their homeland for the first time in over a decade.

If you wish to discuss how a lawsuit against USCIS might help your case, please contact us at (314)961-8200 or send us an email through our Contact Us page.

One of the great things about practicing immigration law is the ability to continuing to help people after their initial matter.  We have a client from Bosnia who we helped obtain citizenship a few years ago despite an old gun arrest.  Last year, our client married a young lady from Bosnia who had come to the United States in 2006 on a visitor visa and never returned home.  Her visa had expired years ago.

U.S. immigration law provides that if an alien was inspected but overstayed their visa, their subsequent marriage to a United States citizen will “clean up” the overstay.  That is, the spouse of a U.S. citizen can still adjust to lawful permanent resident status despite having overstayed.  This rule does not apply to people who were never inspected by agents of Customs and Border Patrol.

Earlier this year, we filed a spouse visa and adjustment application on behalf of our young Bosnian couple.  We appeared before the St. Louis field office of USCIS on Tuesday and received word yesterday that our client’s application to adjust status had been approved.  Our client will receive a conditional two year green card.  Prior to the expiration of the two years, we will file to have the conditions removed and she will receive a ten year green card, assuming the couple is still married and everything is in order.  Of course, one year later, our client can apply for naturalization as the result of being married to a U.S. citizen.

We received word yesterday that our client – a computer programmer from India – had received his green card in the mail. The case had taken several months to process, mostly due to a delay at the local USCIS office in St. Louis. Apparently, the case was supposed to have been placed in the interview queue several months ago, but someone forgot to do so.

We followed up on the case with an InfoPass appointment at the USCIS office located at 1222 Spruce Street. The interview was last week and the case was quickly approved. Our client received his green card within two weeks of the interview.

Approximately one and a half years ago, we were contacted by Ahmed (* not his real name) and asked to assist him in obtaining lawful permanent resident status.  Ahmed had served in Saddam Hussein’s Ba’ath party in Iraq during that country’s invasion of Kuwait.  Ahmed had defected during that war and eventually sought asylum in the United States.

Ahmed’s asylum application was approved and he lived in the United States for many years.  When the United States invaded Iraq in 2003, Ahmed returned to his home country and served as a translator for U.S. forces and private military contractors in the second Iraq war.

After his service ended, he returned to St. Louis, working in a variety of jobs.  Ahmed applied for lawful permanent resident status based on his prior grant of asylum.  Ahmed had two interviews but waited for years for his green card application to be approved.

When Ahmed came to see us, he was at his wit’s end and was sick of getting the runaround from the St. Louis of USCIS.   Ahmed had made numerous InfoPass appointments, made numerous phone calls to the USCIS toll free number and had even contacted members of Congress.  None of these efforts helped.  Instead of approving or denying the case, USCIS simply refused to decide the case.  This is not aninfrequent occurrence at our local office.

We entered our appearance on Ahmed’s behalf at USCIS and notified the assistant US attorney who represents USCIS locally that we planned on filing suit if the local office continued to sit on the case. Shortly thereafter,, Ahmed was scheduled for a special interview with a USCIS specialist from Detroit.  The interview was videotaped and Ahmed answered questions for over two hours.  The questions focused upon his activities as a member of Saddam Hussein’s military.  We attended the interview, which went well.

Last week, Ahmed received his green card in the mail, after a wait of over seven years.  Wewere very happy to help him get his case resolved.