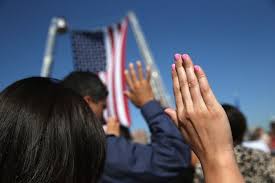 The Department of Homeland Security has been looking to make subtle changes to immigration policies, without Congress, that could significantly affect Obama-era policies, including limiting the protections for undocumented unaccompanied minors, increasing speedy deportation proceedings, and limiting legal immigration into the US.

The administration is also considering limiting policies that allow STEM students to stay in the US an additional two years for training and work authorizations for spouses of high-skilled visa holders.  The Department of Homeland Security is also trying to heighten the threshold for asylum claim credibility.

The fear of many immigration advocates and attorneys is that slowing down the visa process would be enough to decrease the number of immigrants admitted to the US each year, even without any changes in policy.

Statistics show that there have not been an increase in the rate of immigration application denials, but the backlog of pending applications has increased steadily in the last two years.

The policies the Department of Homeland Security is looking into have not been finalized and are in different developmental stages.  Some of the changes may never happen, but the possibility alone is enough to be wary.  Plus, some of the changes are included in President Trump’s immigration priorities list sent to Congress.  Some wonder if movement on these policies will be tabled until after Congress's discussions on DACA.