Federal Judge Rules Both Twins Should Be U.S. Citizens 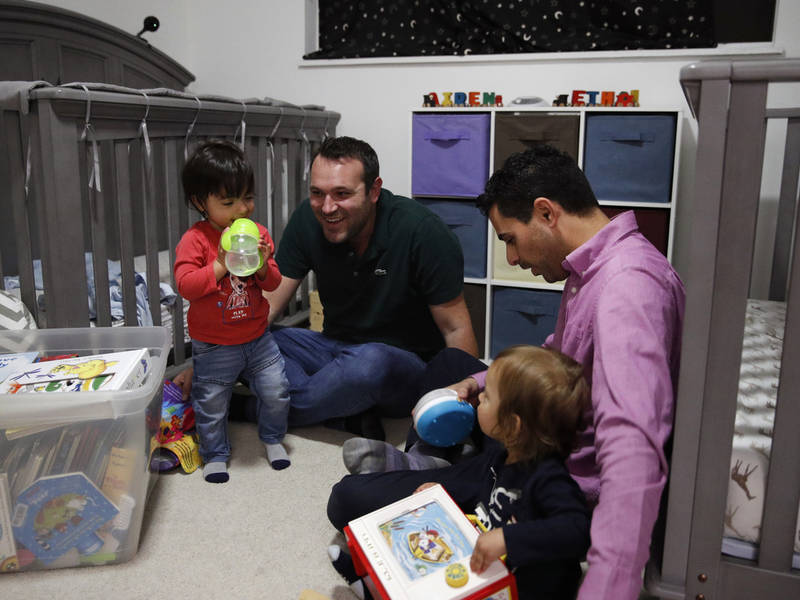 Twin boys, Aiden and Ethan Dvash-Banks, were not both United States citizens.

Aiden and Ethan are the sons of a married gay couple. One of the boys’ fathers is an American citizen, while the other father is an Israeli citizen.

The family’s lawer said, “Two kids who have almost idential life experiences and parenting…to treat them differently is absurd.”

In a federal district court in California, a judge ruled that Ethan should be recognized as a citizen of the United States since his birth. The judge held that under federal law, there is not a requirement to prove, between married parents, a biological relationship with both parents.

When the twins’ parents moved to Los Angeles in 2017, Ethan was only allowed into the United States on a tourist visa.

The Immigration Equality group’s executive director said that this was a strain on the family. Ethan was unable to travel to Israel to meet his father’s family and he was basically living as an undocumented child in the United States.

According to the executive director, “It took a very long time before [Ethan] got to meet his grandparents…When [Ethan’s parents] did their taxes, they didn’t have a Social Security number for Ethan. Enrolling him in day care was complicated. This was an everyday frustration.”

Because the ruling in the federal court is not binding precedent, the Immigration Equality group hopes that it will help persuade other courts to rule similarly.

The executive director said, “Ti is one more in a series of cases telling the State Department that they are getting the policy wrong.”