On October 14, the Hacking Immigration Law hosted a screening of Jose Antonio Vargas' film "Documented" at Webster University as part of our ongoing efforts to educate and reach out to our greater community about the immigration issues affecting this country. At the heart of the film, it's the story of one boy and his family's efforts to give him a better life in the U.S. The larger story is about the 11 million estimated people living and working in the U.S. without a way to legalize their status.

The film is very personal. Jose Antonio Vargas shares how he went from being the son of a single mother in the Philippines to becoming a Pulitzer Prize winning journalist. At 12, his grandfather brought him to the U.S. with the help of smuggler and at 16, when he went to apply for a driver's license, he learned that he did not have permission to be in the U.S. Jose keeps this secret for years until he decides to publicly "come out" in 2011 with a groundbreaking essay in The New York Times Magazine entitled "Outlaw."

Since revealing his status, Jose has worked to be a voice for comprehensive immigration reform that would allow someone like himself to earn a path to citizenship. He has testified before a U.S. Senate Judiciary Committee hearing on immigration reform and founded "Define American," a media and culture campaign to engage the public in discussions on immigration, identity, and citizenship in America. Jose still does not have a way to become "legal" and continues fighting for immigration reform.

Following the film, we hosted a panel discussion of some of the themes and question presented by the film. The panel consisted of two advocates for the immigrant community in St. Louis and two immigrant students from St. Louis. Virginia Braxs from the Hispanic Arts Council and the education initiative "Universidad Ya/College Now" discussed the value and contributions that immigrants bring to our community. Nicole Cortes, co-founder of the Migrant and Immigrant Community Action (MICA) Project discussed the legal barriers to legalizing someone's status in the U.S. who is here without authorization. She explained that someone like Jose cannot simply leave the U.S. and come back the "right way" under our current immigration laws. Lastly, the two immigrant students shared how much a recent program that allows certain young people who were brought to the U.S. like themselves to apply for work authorization has benefited their lives. One student shared how the simple act of being able to present a driver's license for the first time in her life was such an amazing development for her. These two students certainly reminded all of us of how easy it is to take for granted the privileges being a U.S. citizen. Folks like Jose and others have embraced the ideals that we have in America of fairness and equality and hard-work. We feel like it's about time our laws reflected the same. 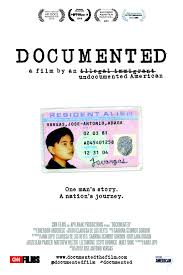