Investigators from the federal Immigration and Customs Enforcement agency are looking into allegations about a supervisor using government time to recruit workers for “private sexual ‘swinger’ parties” at his home.

The complaint was submitted to the Inspector General for the Department of Homeland Security.  He is accused of “gross sexual misconduct.”  This complaint comes from a string of recent complaints made about management in the office. 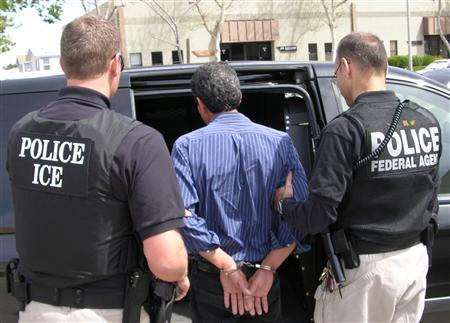 Agents form the Office of Professional Responsibility scheduled interviews with agents in San Diego.  Four of the agents interviewed were either asked to partake in the sex parties or were alleged to have helped organize them.

“The parties take place while their kids are watching a movie in their rooms.  Kids are told that mom and dad are working on a project with the other couples and not to disturb them nor knock on the bedroom door for at least an hour,” says the complaint.

The carrying of cell phones is prohibited at the parties.  The report claims some of the employees attend because they are “intimidated, afraid or foolishly ‘wow’d’ thinking participation will land them a promotion.”

It goes on to say, “Employees are being affected, traumatized, coerced and violated.  It is an abuse of authority and needs to stop.”

Felix Luciano, the head of the union that represents ICE workers in San Diego, said “They are not interested in getting to the root of the problem,”

ICE spokeswoman, Lorie Haley, said that the agency has directed its efforts toward creating a safe work environment through meetings with workers and supervisors.  She said, “So far there have been no findings of discriminatory actions or significant deficiencies in local management practices.”