Immigrant fighting Stage 4 cancer in ICE custody, Son is doctoral student at Yale determined to save her 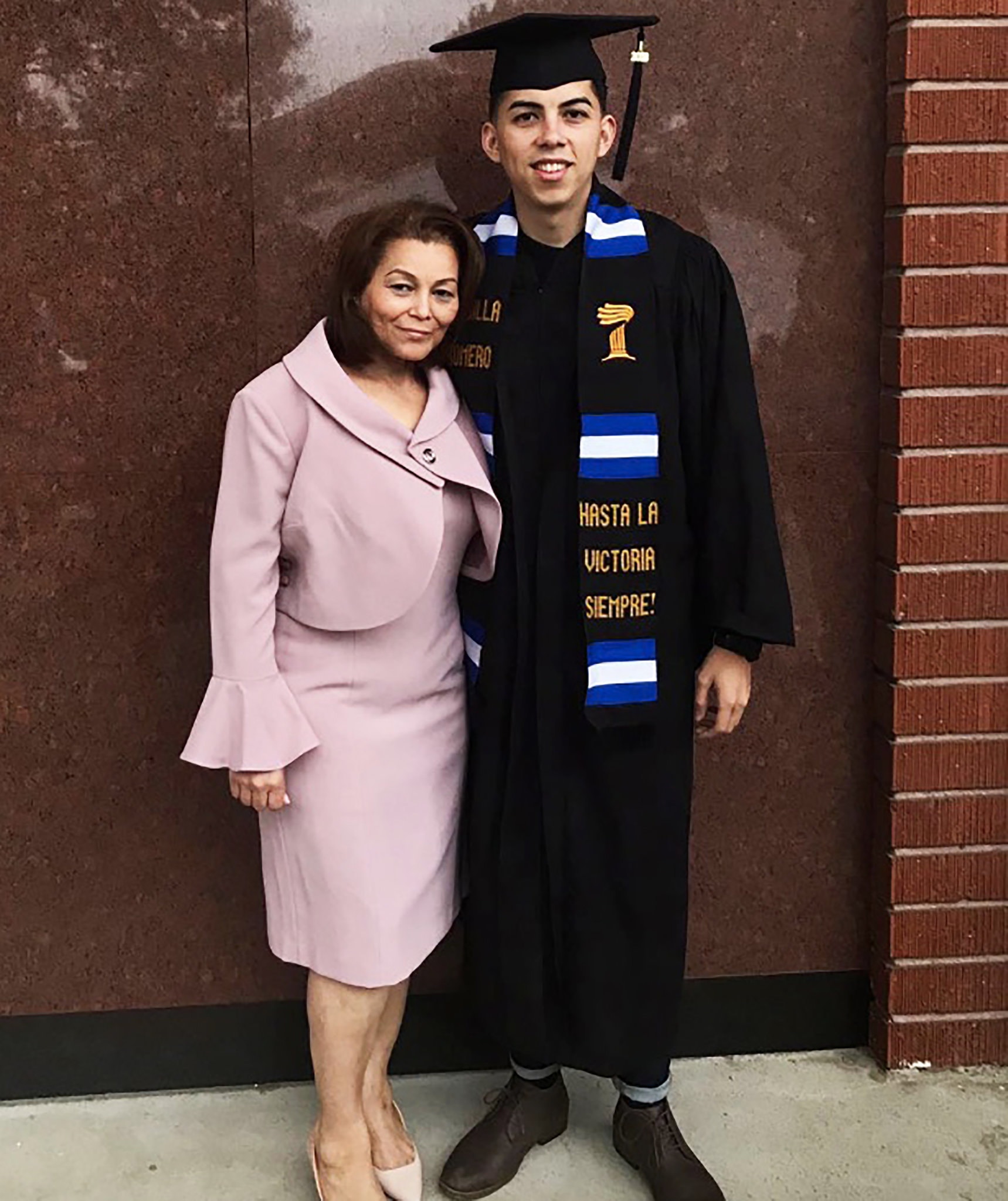 It is a common occurrence: an undocumented immigrant gets pulled over for a traffic violation, ends up in detention and swiftly is removed from the United States. In the case of Tania Romero, a Honduran mother of four who was arrested recently in Georgia, a deportation could happen within days.

But her case is not so common. Ms. Romero has been receiving treatment for Stage 4 oral cancer that needs continual attention. And she has a son, a doctoral student at Yale University who is himself undocumented, who was not about to stand idly by.

“I grew up in this country. My mother is the single biggest reason I am at a school like Yale,” her son, Cristian Padilla Romero, said of the public campaign he started to win his mother’s freedom.

“She guided me, worked three jobs to support me,” said Mr. Padilla Romero, 24, who was 7 years old when he came to the United States.

His campaign has been directed at fellow students, professors, members of Congress and the public at large. An online petition he began on Tuesday has gathered about 20,000 signatures. A GoFundMe campaign has raised more than $21,000. His mother’s plight appeared in an article in The Yale Daily News and on national immigrant advocacy social media feeds.

Mr. Padilla Romero is protected from deportation under the program known as DACA, or Deferred Action for Childhood Arrivals, which gives a temporary reprieve to young people who were brought into the country without authorization as children.

Many of the so-called Dreamers have used their temporary legal status and skills in political organizing and social media to shine a light on the actions of the immigration authorities, things that earlier might never have been made public.

This fall, students and faculty mobilized at the University of California, when at least a dozen Iranian students were denied permission to enter the United States.

“Cristian’s story is not the only story like this,” said Miriam Feldblum, who was vice president for student affairs at Pomona College when Mr. Padilla Romero was an undergraduate at the California school. “Students on campuses across the country are struggling with immigration issues. Their parents are in deportation. They are in limbo.”

Mr. Padilla Romero has reached out to Ms. Feldblum, who is a founder of the Presidents’ Alliance on Higher Education and Immigration, which advocates on behalf of immigrant students. “This is someone who exemplifies the engaged student scholar on campus,” said Ms. Feldblum, whose organization is made up of university presidents and chancellors.

At Yale, Mr. Padilla Romero’s classmates have been strategizing with him, calling members of Congress in Connecticut and Georgia and sending queries to Immigration and Customs Enforcement, the agency that is moving to deport his mother, to demand her release.

“When stuff like this comes up you drop everything,” said Joshua Aiken, a doctoral student in history and African-American studies, who prepared a script for Yale students to use when telephoning ICE. “People’s families are being torn apart every day by cruel and unethical deportation policies, and so the minute Cristian told me what was happening, it was time to mobilize.”

Alicia Schmidt Camacho, chair and professor of ethnicity, race and migration at Yale, said Mr. Padilla Romero, who is her student, had made a decision to be a scholar in Central American studies to address the root cause of the crisis that undocumented families are enduring.

“Now he’s using his own struggle to shed light on the devastating impact of deportation on our communities,” she said.

Ms. Romero, 48, crossed the border illegally two decades ago and raised four children in Atlanta, juggling jobs as a housekeeper, dishwasher and laundromat attendant, sometimes all at once. Eventually, she got a full-time job in construction.

She apparently was issued an order of removal from ICE in 2008, based on her failure to show up for scheduled hearings in immigration court. But her son obtained documents through a Freedom of Information Act request that appear to show that she had not received any of the three notices advising her to appear in court. The letters had been returned to ICE by the United States Postal Service.

Though Ms. Romero knew she was in the country illegally, she did not learn she had an outstanding deportation order until 2018, Mr. Padilla Romero said.

By that time, though, she was battling a serious illness, he said. In 2016, Ms. Romero had received a diagnosis of Stage 4 oral cancer. She went through surgery as well as radiation treatment and chemotherapy, which damaged her jaw and caused her to lose several teeth.

She was pulled over while driving in Gwinnett County, Ga., in August, he said, and has been in ICE custody ever since.

“It’s very hard for her to eat in general, and we are really concerned about her health in detention, where she is not receiving any special accommodation,” Mr. Padilla Romero said.

While she is not in urgent need of special medication, he said, she requires regular medical attention and is not receiving it.

The health staff at the ICE detention facility in Georgia determined that Ms. Romero had a severe vitamin B12 deficiency and recommended hospitalization, Mr. Padilla Romero said, but she was only offered remedial injections, and only after her lawyer intervened.

A request to ICE by her lawyer for a stay of deportation on humanitarian grounds because of her fragile health was denied in September.

ICE officials said they could not discuss the case. “Due to privacy restrictions, ICE is unable to comment on Tania Romero’s case,” said Lindsay Williams, a spokeswoman for the agency.

The agency’s general position has been that undocumented immigrants are not automatically entitled to stay in the country, even in cases of people who are receiving life-saving medical treatment. President Trump has made it a priority to crack down on illegal immigration and take action against those living unlawfully inside the country.

Mr. Padilla Romero’s campaign has started to find a response. Julián Castro, the Democratic presidential candidate, shared the petition on Twitter. And Lucy McBath, a Georgia Democrat who represents Mr. Padilla Romero’s congressional district, is working closely with the family on the case, her office said.

But Mr. Padilla Romero learned on Wednesday that ICE had contacted Honduran authorities for travel documents that would enable his mother to be deported by the end of this week.

She has already missed an oncologist appointment, he said. In Honduras, she would not get the care she requires.

“Sending my mother back to Honduras would be a death sentence,” Mr. Padilla Romero said. “We’re not going to stop our work until she is released.”