We hope you are doing well on this first Monday in March.  We had a fun weekend.

On Saturday night, we attended the Clark Elementary Trivia Night.  The theme was Comic Con and Amany and I decided to go in style.

Our superstar trivia table came in first place and I served as auctioneer for the oral auction.  It was a ton of fun. 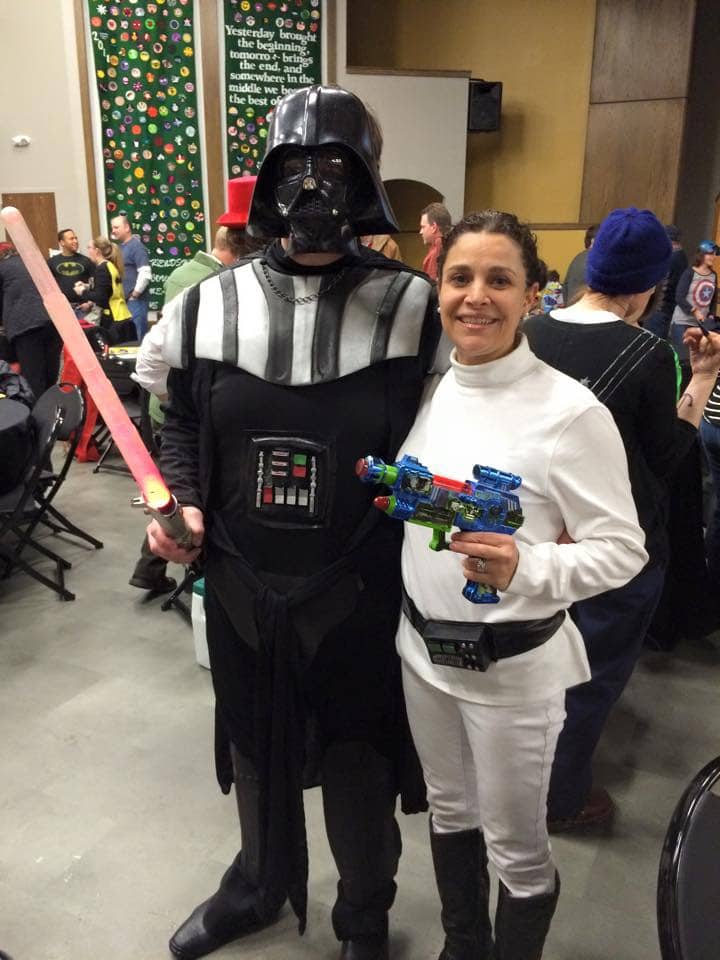 On to the immigration news of the week:

As we discussed last week, a Texas judge temporarily halted implementation of President Obama’s new executive action governing deportation priorities.  In response, ICE is ramping up deportations and is ignoring the new deferred action program entirely.  Immigrants in detention or those with pending deportation orders are at risk of being summarily dispatched to their home country.  We are hearing stories from around the country of ICE detaining immigrants and prepping them for deportation.

Last week, the Obama administration announced the final rule authorizing the spouses of certain H-1B visa holders to work in the U.S.  Starting May 26, 2015, dependent spouses in valid H-4 status who are married to (1) the principal beneficiary of an approved Form I-140 or (2) H-1B holders who have received extended H-1B status while waiting for an available immigrant visa.  Basically, the rule says that if your husband or wife has been approved for a green card but is waiting for a visa to become available, you may be eligible to work.  The rule is expected to apply to nearly 180,000 foreign-born spouses this year and 55,000 annually.

Our firm is sponsoring a workshop on securing internships or jobs for foreign born students this Wednesday evening at Washington University.  For more information, please click here.

According to yesterday’s New York Times, the feds are going to try and deport at least 150 individuals from the former Yugoslavia who they believe participated in ethnic cleansing in the 1990s.  The number may climb as high as 600.  Prosecutions and deportations have already begun.  The majority of war crimes in Bosnia-Herzegovina were perpetrated by Serb forces under the leadership of Slobodan Milosevic, including the massacre at Srebrenica.  According to the government, many perpetrators were able to sneak into the U.S. as refugees.  Anyone with knowledge of the war crimes are urged to come forward.

DOJ Admits U.S. Citizens Have Been Getting Deported

The Department of Justice recently released a decision in which it acknowledged having misinterpreted the law regarding derivative citizenship.  This is the process whereby minor children of people who naturalize “derive” citizenship as a matter of law.  In the Matter of Cross, the Board of Immigration Appeals acknowledged that children born out of wedlock can obtain derivative citizenship and further recognized that the standard that the agency had been using for years was erroneous.  No word yet on how the DOJ plans to deal with individuals who had been denied citizenship claims and deported in the interim.