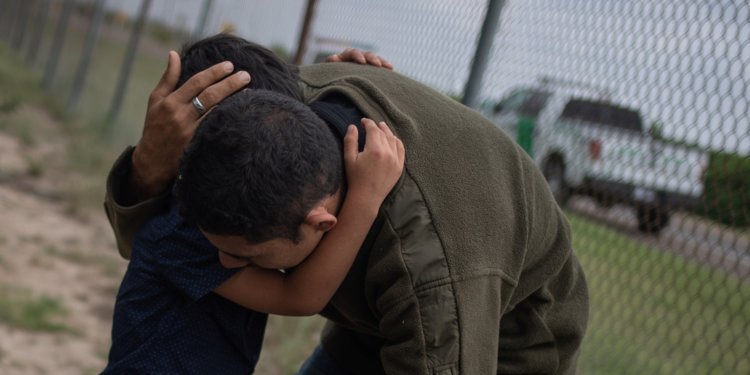 Twenty-seven-year-old Jose is a Honduran national who crossed the bridge from Reynosa, Mexico to McAllen, Texas and asked for asylum at the border.

Two days later, immigration officials came into the holding room where Jose was with his three-year-old son, Josecito.  The officials picked up Josecito and told Jose they were just taking him to the bathroom.  They never returned with Josecito.

Jose was in disbelief.  He said, “I never thought they would separate me from my son…I never imagined it…It was very hard, the hardest thing that’s happened to me.”

For approximately two months, Jose and his son were separated from each other.  They were finally reunited on July 10.

But, Jose’s story directly refutes the claims of the Trump administration that immigrants who show up at the border asking for asylum lawfully would not be separated from their children.  Kristjen Nielsen, Department of Homeland Security Secretary, claimed last month “DHS is not separating families legitimately seeking asylum at ports of entry.”

While Jose was separated from his son, he was determined to have credible fear of returning to Honduras and could move forward with his asylum case.  He was moved to different detention facilities five times.  He was allowed one video call with Josecito.

“On the video call I just watched him play…Just one time I saw him,” said Jose.

After being reunited, Jose and Josecito took a Greyhound bus to Washington, D.C.  Jose’s brother-in-law resides in D.C. and bought their bus ticket as soon as he found out the pair was getting released.

Only 34 of the 102 children under five-years-old were reunited with their parents on the court ordered deadline.  Immigration officials blamed the low number on trouble confirming parent-children relationships and locating the families.

Donald Trump’s unfeeling response showed his true colors.  He said, “Well, I have a solution: Tell people not to come to our country illegally.  That’s the solution.”