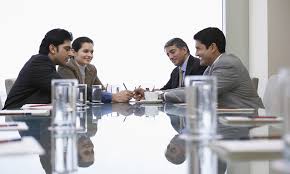 Due to the new immigration policies set forth by Trump’s administration, U.S. based employers are finding it exceedingly difficult to fill job openings.

Hiring foreign workers has become more difficult in the Trump administration because of the increased scrutiny of visa applications which causes delays and increased financial burden.

According to Sean Dowling, a manager of a recruiting strategy firm, WinterWyman, said, “Immigration policy has resulted in a shortage of talent.”

While the unemployment rate has dropped, over six million jobs are still vacant in the United States.  Abhijeet Narvekar, CEO of The FerVID Group, a recruiting firm, said, “Companies are trying harder to hire U.S. citizens.”

The issue recruiters are running into is that U.S. citizens that have the capabilities and experience levels employers are looking for already have higher roles and are uninterested in moving lower.  But, when employers are trying to move towards foreign workers, they are incurring more paperwork, more delays, and more costs.

A report from MPI (the Migration Policy Institute) explains that this administration’s changes to immigration policies are designed with the intent to lower legal immigration.

USCIS has increased its scrutiny on H-1B visas and is denying more applications.  H-1B visas are given to skilled workers.  During January through August of 2017, USCIS sent 45 percent more requests for evidence to employers in H-1B cases.

Narvekar explained, “It was never easy.  But the scrutiny is much greater now.  A lot of companies are shying away from sponsoring or doing a visa transfer.  The alternative has been to hire college graduates [from the U.S.] and train them.”

Aparna Muther of the American Enterprise Institute warns, “What we’re seeing from the administration—rhetoric and policy—is not going to play out well in the U.S. economy…it’s going to hurt us.  We need immigrants for economic growth.”