Isaiah & his stack of 9 green cards

Since shortly after passing the Missouri Bar in 1997, I have tried to take as many pro bono cases as I can.  At first, these were landlord-tenant cases for people in low-income housing.  Once I narrowed my focus to immigration, our pro bono focus has been primarily on citizenship cases and family-based visas for people of low economic means.  Legal Services of Eastern Missouri (“LSEM”) asks us to take new cases from time to time and we accept as many as we can.

The fact is that we have to be careful to not take on too many pro bono cases at once because it is important to have a balance of paying clients and non-paying clients.  If we accepted every pro bono case that came our way, we would soon have to shut the firm’s doors.  But we try to keep at least 1 or 2 pro bono cases going at the office at all time.  Currently, we are not accepting any new pro bono cases because we have at least 5 complicated family visa cases.

All that being said, our pro bono immigration cases have been some of the most interesting and fulfilling cases that we have handled as lawyers.  And they provide us with some of our best “immigration stories.”

One such story is the tale of Isaiah & his stack of 9 green cards.

A few years ago, LSEM asked us to become involved in the case of a refugee from the Democratic Republic of Congo named Isaiah.  Isaiah, his wife and his 7 children had fled the DRC around 2007 during the civil war in that country.  They came to the U.S. as refugees and settled in St. Louis through the good work of our friends at the International Institute.  They obtained their green cards a short while later. 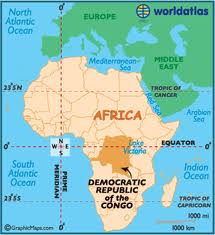 Isaiah needed help with a pending naturalization application.  Isaiah had applied for citizenship without the help of an attorney, and his case had hit a small roadblock.

I met with Isaiah and he was a very charming fellow.  He was tall and thin with very dark skin.  He paused before he answered each of my questions.  And when he paused, he smiled broadly.

I will never forget what happened next.  Isaiah reached into his pocket and pulled out a stack of 9 green cards.  They were held together with a large, thick rubber band.  I had never seen such a stack of green cards.  I undid the rubber band and placed all of the green cards in front of me.

I saw Isaiah’s green card, his wife’s and the green card of each of his seven children.  I noticed that one of Isaiah’s children was 17 years old.

While I examined the cards, Isaiah told me his story.

It turns out that Isaiah had appeared for his naturalization interview and had not been able to pass the English and civics portion of the test.  He wanted our help in obtaining a disability waiver.  The law says that if someone has a medical condition - verified by a physician - that makes it medically impossible for them to focus and learn English and civics, that they can request a waiver of that requirement.

When you fail your naturalization test, you have one more chance to take the test without having to repay the $680 filing fee.  Isaiah said that his retest was 6 weeks away and he showed me the notice.

I held up the green card of Isaiah’s eldest child, Naomi, and started to say, “Isaiah, you know that ….”  He cut me off and said, “yes, Mr. Jim, I have a lot riding on me.  I know that if I don’t get the waiver or don’t pass the retest, Naomi will have to naturalize on her own.”  This is true because sometimes when a mom or dad naturalizes before the child turns 18, the child becomes a citizen as a matter of law.

We had to act quickly.  We gathered up all of Isaiah’s medical records which demonstrated some pretty severe trauma in the DRC civil war and a long history of counseling and treatment.  We asked Isaiah to meet with a local doctor for an evaluation.  The doctor reviewed the records, examined Isaiah and concluded that from a medical standpoint, it was very unlikely that Isaiah could focus enough to learn English and civics.  The doctor completed the N-648, which is the medical form filed in support of a waiver request.

Isaiah and I appeared for his retest, medical documentation in hand.  I was proud of how quickly our office had gathered records and obtained the waiver.

But the immigration officer had a different idea in mind.  She likes to give people the test first so that in the event that they pass, the waiver becomes irrelevant.  I told her that we had the waiver and the medical records, but she insisted on giving the exam first.

In order to pass the exam, an applicant must answer 6 out of 10 civics questions correctly.  After they answer 6 correctly, the exam is over.

Would you believe that Isaiah answered each of the first 6 questions that he was asked correctly?  The officer congratulated him; I was quite surprised.  I patted him on the back and clapped for him.

On this Father’s Day, I thought about Isaiah and his stack of 9 green cards.  Because he passed that exam on his own, each of his 7 children became US citizens by operation of law.  I was so proud of Isaiah and his hard work.  His wife passed her own exam a few short months later and now everyone in his family is a citizen.

We see so many hard working immigrant fathers in our office.  Today we salute each and every one of them.