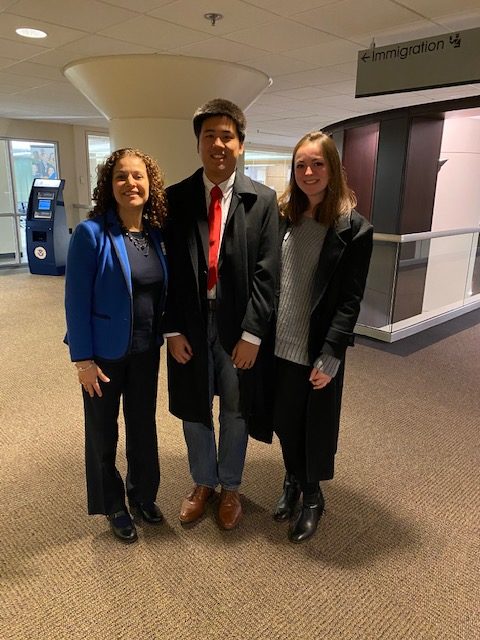 Jack is from China. He had the opportunity to come to the U.S. when he was a child because his father was a doctor who was working in the United States.

He went back to China after his father’s work in the United States was completed, but he was able to come back to the U.S. as a student.

He attended a private high school in the St. Louis area, and in an after-school yoga class, he met Emma.

Throughout their time together, Jack would go home to China to visit his family, but he and Emma always stayed connected.

They even went to China together a few times for Emma to meet his family!

in July of 2019, the high school sweethearts married.

Soon after, they contacted the HLP team to help Jack become a permanent resident based on their marriage.

We gathered the necessary evidence and sent what was needed for their case to USCIS.

Attorney Amany Ragab Hacking attended the interview with them, and everything went well.

We are so happy for Jack and Emma, and we hope that we will have the opportunity to work with them again. Congratulations!