Jim Hacking was recently asked by the U.S. District Court to serve as Guest Speaker at a January 2015 Naturalization Ceremony.  The event was held in the en banc courtroom of the Eighth Circuit Court of Appeals.  Judge Nanette Baker swore in fifty men and women from across the globe after a brief ceremony.

In his remarks, Jim discussed the long journey of many steps that the new citizens had to take in order to reach this stage - coming to the U.S. as an alien, applying for lawful permanent resident status, being a person of good moral character and passing the naturalization exam.  The important role that immigrants continue to play in America in 2013 was highlighted.

Jim mentioned his gratitude for all of the wonderful immigrants in his life - not only his many clients, but more specifically, his long-time legal assistant, Adela Zepcan, herself an immigrant from Bosnia-Herzegovina.  He also discussed his wife Amany's journey from El Mansura, Egypt to the U.S. back in 1979. 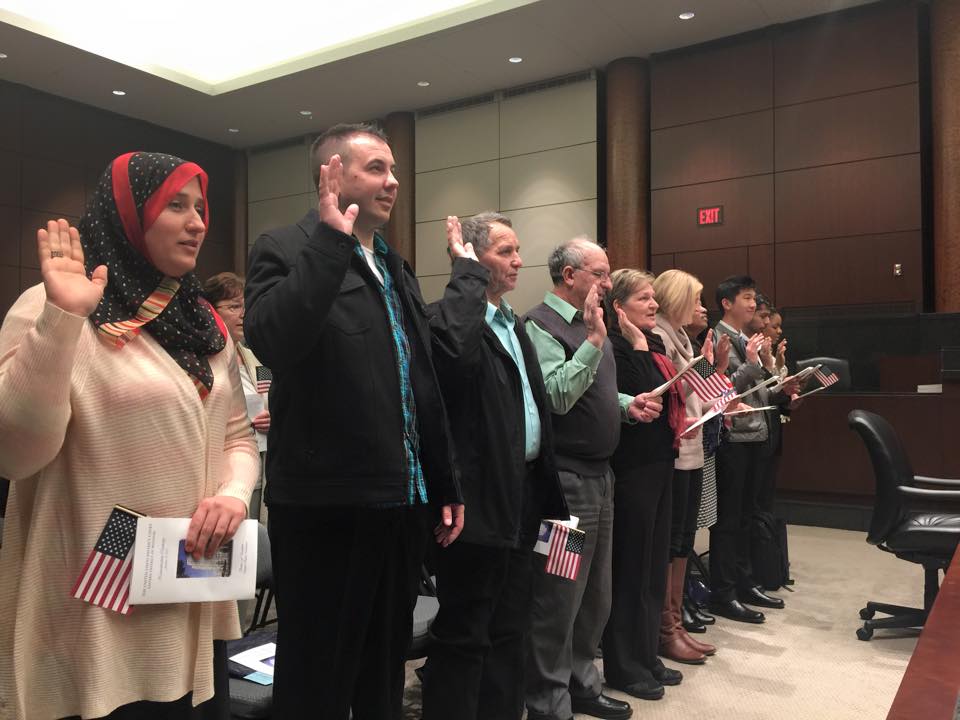