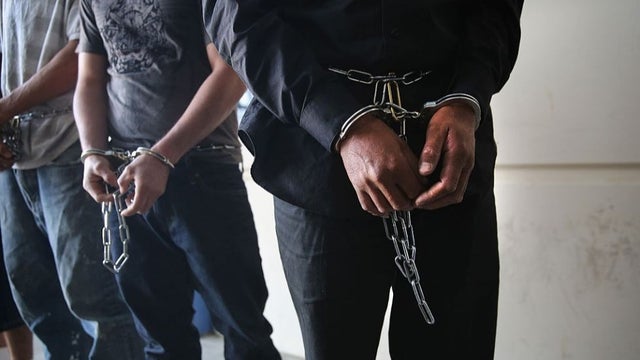 A Maryland judge on Friday ruled that federal immigration officials cannot detain immigrants for the purpose of deportation if they are currently involved in legal proceedings to acquire legal status through a marriage to a U.S. citizen.

U.S. District Judge George J. Hazel issued a ruling that, while only applying to Maryland residents, protects immigrants without legal authorization to live in the U.S. from arrest or deportation as long as their legal proceedings are ongoing.

The order also forced Immigration and Customs Enforcement (ICE) agents to release any Maryland residents currently detained who are involved in such legal efforts. ICE officials did not immediately return a request for comment on the ruling.

“This order is in the public interest because it requires Respondents to comport with their own rules and regulations, bars arbitrary agency action toward vulnerable immigrant communities, and diminishes the emotional and financial impact on families participating in the provisional waiver process,” the judge wrote in his ruling.

An attorney for the American Civil Liberties Union (ACLU) of Maryland said that the court victory Friday forced ICE to end a policy that ran counter to the agency’s stated objective of preventing family separations.

“These families endured trauma under the actions of ICE,” Nick Steiner, an ACLU of Maryland attorney, told the news service. “Their blatant disregard for their own rules and regulations that are meant to prevent family separation is unconstitutional. We are hopeful about the ruling and we believe it’s a step in the right direction in recognizing that immigrants have constitutional protections too.”

The ACLU’s lawsuit came in response to reports that ICE agents in the state had lured immigrants to interviews for green cards before arresting them and scheduling them for deportation.