Khizr Khan: "No One Will Deliver You Your Rights. You Need to Fight for Them." 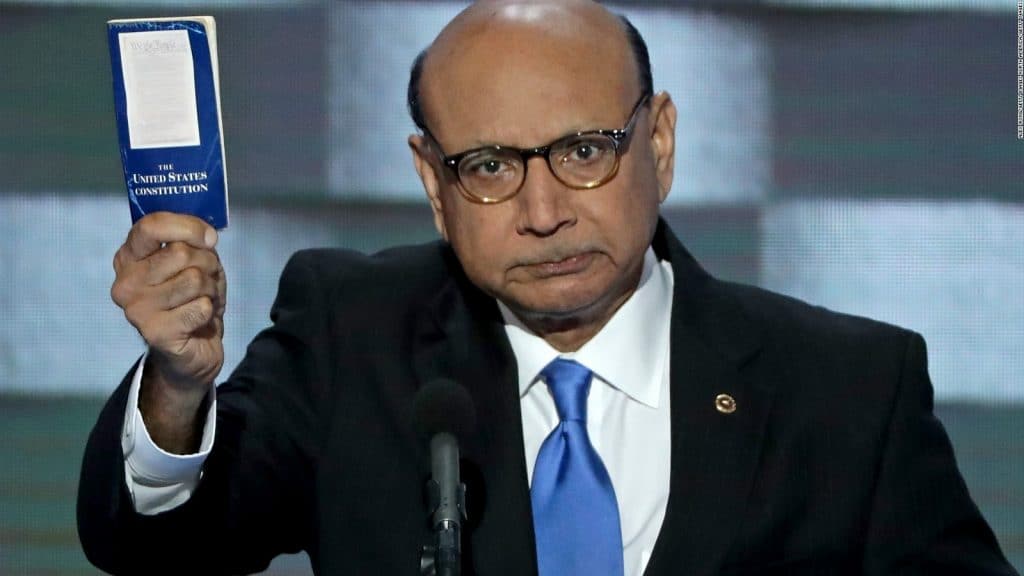 On July 28, 2016, Pakistani-American lawyer Khizr Khan catapulted onto the American political scene after an emotional speech at the Democratic National Convention.

Khizr and his wife, Ghazala, were asked to speak at the DNC about their immigrant son, Humayun Khan, who died in Iraq in 2004.  Humayun was a captain in the U.S. Army and he died trying to protect his fellow soldiers from a suspicious looking vehicle which ended up exploding.

Khizr and Ghazala met in Pakistan and lived in the United Arab Emirates before coming to the U.S. as immigrants with their three boys.  Mr. Khan is an attorney and has practiced law in the United States for many years.

The DNC speech was electric.  Mr. Khan famously pulled out his pocket copy of the U.S. Constitution and challenged then-candidate Donald Trump about his plan to ban Muslims from the U.S.

Donald Trump, you're asking Americans to trust you with their future. Let me ask you, have you even read the United States Constitution? I will gladly lend you my copy. In this document, look for the words "liberty" and "equal protection of law."

Have you ever been to Arlington Cemetery? Go look at the graves of brave patriots who died defending the United States of America. You will see all faiths, genders, and ethnicities. You have sacrificed nothing—and no one.

Donald Trump, never one to apologize or back down from a chance to be a bully, went on the attack.  He took the unprecedented step of attacking a Gold Star Family (a family with someone who died in battle).

Mr. Khan did not stop there.  He has been a persistent critic of the President's attacks on civil liberties. He has been touring the country and has given 164 speeches since the convention in Philadelphia.

An American Family: A Memoir of Hope and Sacrifice is Mr. Khan's new book.  In it, he tells his family's story and discusses how his Islamic faith is completely consistent with Western, constitutional democracies.

Recently, Mr. Khan came to St. Louis and spoke on a panel with immigration attorney Jim Hacking of the Hacking Immigration Law.  Khizr mentioned how, in America, nobody gives you your civil rights.  He said that we must fight for them.

And he is 100% correct.  We have to fight to protect our rights, especially in times of great upheaval with an autocratic President who lies, vilifies and spreads hate at every opportunity.

May God bless the Khans and may we thank them for their son Humayun, who gave the ultimate sacrifice. 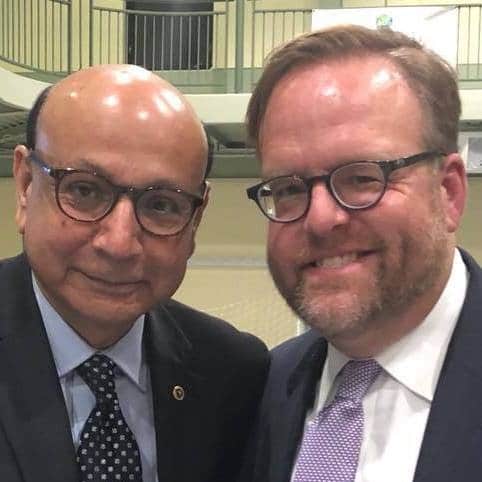