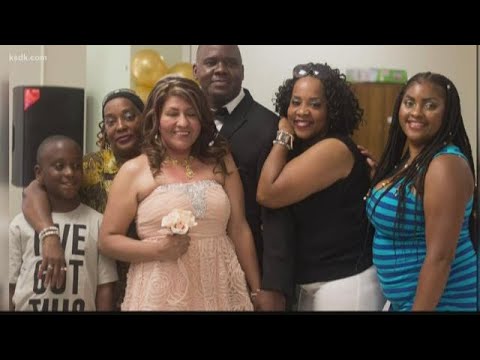 On Tuesday, February 12, Isla Guzman went to the Immigration and Customs Enforcement office in downtown St. Louis for what she had expected was just a routine check-in.

But, this was no “routine.” ICE took her into custody and held her in a room as they returned her belongings, including her wedding ring, to the people who had come with Guzman. Guzman crossed the California border in 1999 and immediately requested asylum. While she never received asylum, she remained in the U.S.

According to Guzman’s attorney, the 48-year-old mother of four is to be deported the very same week.

Last year, Isla Guzman married a United States citizen. Her husband filed a petition, which is pending, for her to receive permanent residency through their marriage.

Their attorney says, “IT’s horrible…we need six months…that’s all we need to do everything right by the law.”

Unfortunately, if Guzman gets deported before her permanent residency petition is adjudicated, she will be unable to return.

Guzman had been wearing an ankle monitor for over a year and complying with routine ICE check-ins. Usually, she checks-in with an ICE contractor, but Guzman and her husband received the notice that Guzman was to report to the field office for this check-in.

Steve Miller, Guzman’s husband, was anxious about this change. A group of people gathered to go with Guzman, just in case something was wrong. Leticia Seitz of the Latinos in Action advocacy group and a few people from the St. Louis Inter-Faith Committee on Latin America (IFCLA) went with Guzman.

Guzman’s son, John, is eighteen-years-old. HE said, “It still hasn’t hit me yet…she’s not a criminal. She is a hardworking woman. She is no harm to this country.”