Marcos Gets His Green Card! 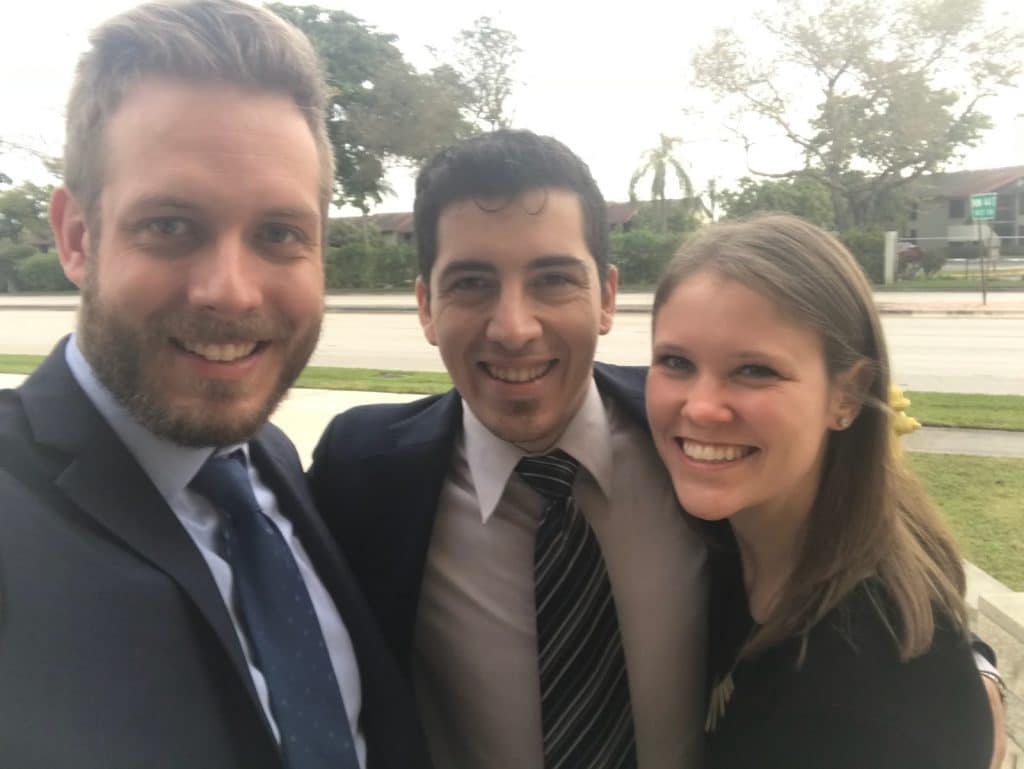 Katie and Marcos met when both of them were working on a cruise ship, so it’s appropriate that their green card interview took place in Ft. Lauderdale, Florida, just a few miles away from one of the largest cruise ports in the country.  It was quite a road to get there, however!

After meeting and falling in love on the ship, Marcos went back to Argentina and Katie went back home to Iowa.  Marcos took a trip to the United States to visit Katie, and they decided to get married.  Before they did, Katie took a job in St. Louis.  That’s where they contacted our office.

Katie and Marcos got married in October of 2016, and we filed the case just a couple of weeks later.  Then, after his work card was approved, Marcos got a job in Ft. Lauderdale, Florida.  We informed USCIS of the move.  Then Katie moved to Ft. Lauderdale.  A month or so later both Katie and Marcos found jobs in Jacksonville, Florida, and we again told USCIS about the move.

When we got the interview notice, it asked Katie and Marcos to appear for an interview at the USCIS office in Ft. Lauderale.  In our experience, when we’ve requested that interviews be moved, it slows cases down, sometimes by months.  We asked Katie and Marcos if they would be willing to come down to Ft. Lauderdale for the interview.  They were.  I prepped them for the interview, and worked with them to gather additional evidence, and traveled down to Florida to attend with them.

At the interview, we explained to the officer the situation with their current address.  He told us that he had to ask his supervisor if he could even carry out the interview—and said that it should be in Jacksonville.  We made clear that we had submitted address change notices as required, and that we had come that day prepared to proceed—Katie and Marcos had waited long enough.  The officer agreed to go forward with the interview.  He asked Katie and Marcos only a couple of questions about their relationship, and complimented us on the organization and extent of our supporting evidence.  “I don’t care about love,” he said, meaning that he only cares about documentation and proof.

After about 25 minutes, most of which was about their addresses, he approved the case on the spot.  Congratulations Katie and Marcos!