Me and Gary Vee 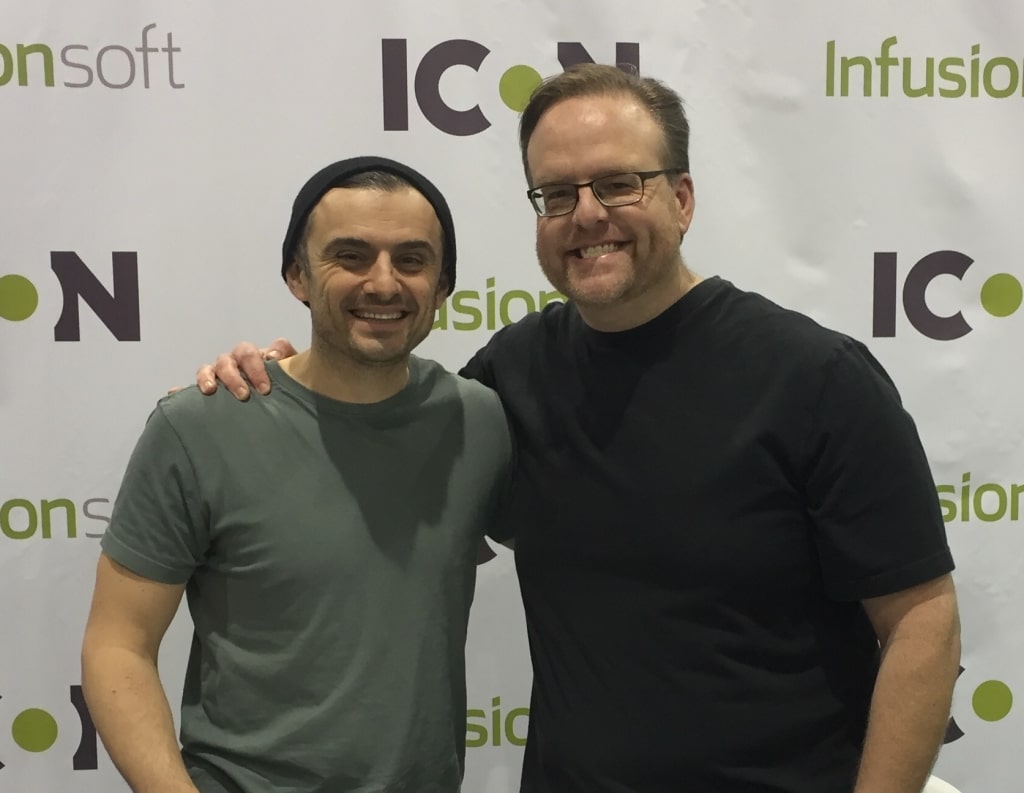 If you haven’t heard of Gary Vaynerchuk, you probably will in the near future.

Gary and his family fled the Soviet Union in the mid-1980s. Their family was allowed to exit the Communist homeland and come to the United States as refugees in a complicated barter between the U.S. and the Soviet Union. The U.S. sent wheat to their Communist enemy and the Soviets allowed people being persecuted based on their religion to seek refuge in America.

Gary’s family settled in New Jersey. His father got a job sweeping floors and stocking inventory at a wine store. Gary’s dad eventually became the owner of a wine store.

While Gary’s dad worked at the wine shop, his son learned to hustle. As a teenager, he bought and sold baseball cards and made hundreds of dollars a week.

When Gary went to college in the mid-1990s, he stumbled across the internet and immediately saw its potential. He convinced his father to spend $15,000 to help Gary build a tv studio in the basement of the wine store.

Gary started making YouTube videos about wine. He called it Wine Library. He would make a new YouTube video every week talking about wine, the culture of wine, matching wines to food and the wine industry in general.

For the first two years, his dad’s store sold $2,000 worth of wine – total. His dad was angry. At this point, Gary started infusing the YouTube videos with more of his passion, his personality and his energy. The show took off.

Gary shot 1,000 YouTube videos for WineLibrary. Then, he stopped.

He eventually started his own media and branding company. He has authored three fantastic books – Crush It, The Thank You Economy and Jab, Jab, Jab, Right Hook. I have read all of them and they contain tons of great advice on social media, building a business and the future of technology.

Gary now has a new regular YouTube show called #askGaryVee. He is worth millions and millions of dollars. His eventual goal is to purchase the New York Jets.

When people badmouth immigrants or claim that we should close our borders to refugees, I often use Gary Vee as Exhibit # 1 of the kind of quality people that we would never know and whose brilliance would have been lost if we hadn’t given them the opportunity of an open door.

Last week, I was lucky enough to hear Gary speak first hand. Afterwards, I was able to get my picture taken with him and it was pretty darn cool.