There is a new sheriff in town. 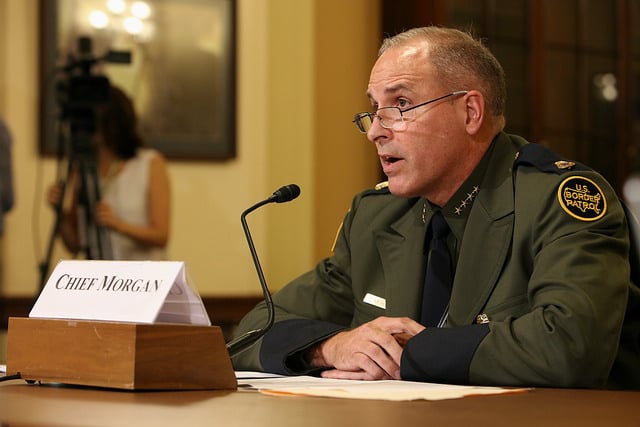 Actually, we are referring to a new chief of the U.S. Border Patrol agency.  Mark Morgan, a former FBI supervisor, recently became the head of the agency charged with securing our nation's borders.

Morgan is the first "outsider" to ever take the helm of Border Patrol and people are beginning to take notice.

Border Patrol has faced a series of setbacks and public relations black eyes in recent years.  Claims of an overly confrontational approach that has resulted in multiple fatal shootings, a long history of internal corruption and a lack of accountability in investigating misconduct have persisted.

Morgan spoke of the perceived environment at Border Patrol - "it was a culture of not getting out and talking about issues, not being transparent about the process that drove the perception there was a culture problem."  Morgan toured half of the 20 Border Patrol outposts that cover the 6,000 miles of our Canadian and Mexican borders and spoke with front line agents at each of those locations.

He has also implemented new "use-of-force" policies to train new recruits in de-escalating mechanisms to try and cut down on the number of fatalities along the border.  An improved review system for officer involved shootings is also being implemented.

“The piece we need to get better at when a shooting happens is, what happens now?  I don’t think we were very good at all about making decisions like whether the use of force was within our guidelines.”

Morgan is a civil servant as opposed to a political appointee so it is expected that he will stay in the role no matter the outcome of the November presidential election.  During a recent Congressional hearing, Morgan was asked what he thought of Mr. Trump's grand plan for a border wall.  He noted that the federal government already spends a tremendous amount of money on the existing border security fences and that a wall "isn't the answer."