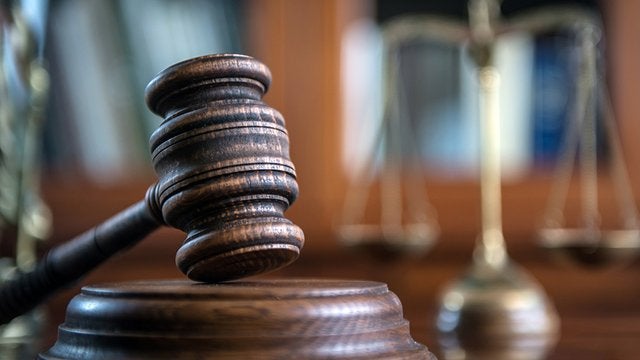 A New York judge earlier this month recommended a landlord pay $17,000 in fines for threatening to call immigration authorities on an undocumented tenant.

This is the first case related to housing where threatening to call Immigration and Customs Enforcement (ICE) to harass or intimidate a tenant has been found to be a violation of law, according to a spokesperson for the New York City Commission on Human Rights.

Holly Ondaan, the tenant and an undocumented immigrant at the time the case was filed, testified in court that she became “an emotional wreck” when her former landlord, Dianna Lysius, threatened to call ICE and sent demeaning texts because she was unable to pay rent.

The city’s Commission on Human Rights, which represented Ondaan in this case, filed a complaint on her behalf on January 31, 2018 detailing Lysius’ alleged discrimination against the undocumented tenant.

Judge John B. Spooner recommended on September 12th that Lysius pay a $5,000 civil penalty, $12,000 in damages for emotional distress and complete 50 hours of community service, according to his written report and recommendation.

Lysius said that she plans to appeal but doesn’t currently have legal representation.

“It sets important case precedent for the interpretation of our Human Rights Law to include the weaponization of ICE to intimidate or harass someone in housing as a violation,” Sapna V. Raj, deputy commissioner for the law enforcement bureau of the city’s Commission on Human Rights, said.

“We will not allow our city’s most vulnerable to be further marginalized out of fear for their safety in their own homes. Immigration status, citizenship, and national origin (perceived or actual) are protected categories under our law, and we will continue to fight to ensure those protections are enforced to the fullest extent.”

Ondaan, who received her green card on July 30, 2018, lived in the Queens apartment from September 2011 to September 2018, according to the judge’s report and recommendation. In the fall of 2017, she started complaining to police that Lysius was making harrassing visits and sending threatening text messages.

In October 2017, Ondaan stopped paying rent due to financial difficulties and the texts from Lysius increased, she said. Lysius commenced a non-payment action against Ondaan for the late rent and eventually lost the mortgage to the house because of Ondaan’s non-payment, according to the report.

According to the report, some of the texts include:
“HAVE MY MONEY OR IM CALLING ICES [sic] THAT DAY PERIOD.”
“It was fun and games when you calling DOB now it’s fun and games calling immigration 12 times day. They can deport you.”
“I REPORTED YOU TO IMMIGRATION BOO THEY KNOW IM THE LANDLORD TO PROVIDE THEM KEYS COME DIRECTLY TO YOU.”

On January 17, 2018, the city’s Commission on Human Rights sent Lysius a cease-and-desist letter ordering her to stop threatening tenants with reporting them to immigration authorities or engaging in any “actions or practices” that discriminated against tenants based upon their citizenship or immigration status, according to the report.

Judge Spooner says in his report that he found Ondaan’s testimony credible, while the landlord “raised various uncorroborated and unlikely accusations against” the tenant. The judge also recognized that Lysius’s “dire financial circumstances” likely played a part in the text messages but noted the threats were still discriminatory.

While Judge Spooner has recommended the fines, there are still more legal proceedings that must happen before it goes into effect. The parties will have a period of time to submit comments before the chair of the city’s commission on human rights issues a final decision and order, Raj said. The respondent, Lysius, can then file an appeal.