President Obama Invites Undocumented Immigrants "Out of the Shadows"

Last night, President Barack Obama announced a set of executive actions his administrative is taking to shield millions of undocumented immigrants from deportation, as well as a number of changes to other aspects of the enforcement of federal immigration laws.

First, the President’s changes are not amnesty and provide no long term relief for millions of undocumented immigrants.  The next President could undo some or all of the changes implemented by President Obama.

Second, these changes in no way include a path to citizenship.  Only Congress can implement such fundamental changes to the immigration system.

Third, the changes announced by President Obama do not apply to everyone.  As the regulations are issued and the changes implemented, we will have a better grasp of who benefits and who does not.

Fourth, changes do not begin to go into effect for at least 90 days.  Some rule changes will not take effect for even longer than that.

Let’s look at the announced changes themselves:

Time will tell how these changes will be implemented.  These changes simply do not apply to many of the immigrants who are in the country without status.

Angry Republicans have vowed to fight back against Obama’s revisions to the enforcement of immigration laws.  Stay tuned for more updates by clicking here: 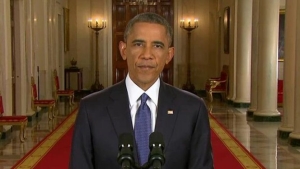